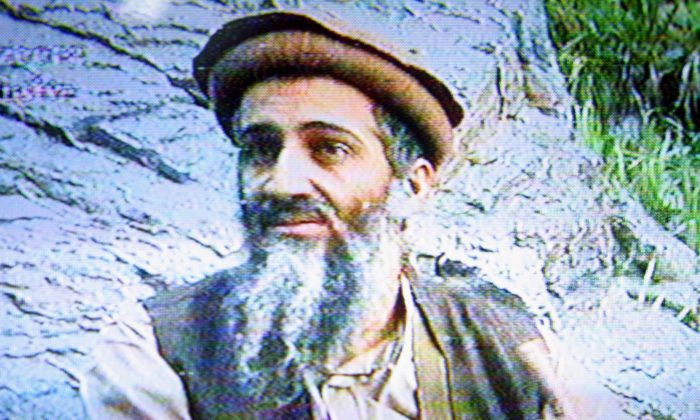 The rise of ISIS, continuous drone strikes, and the lack of a powerful leader could spell the demise of the terrorist group.

In the aftermath of the successful U.S. Navy SEALs operation to kill Osama bin Laden, al-Qaeda vowed to continue to attack the U.S. and its allies. Five years later, the terrorist organization is being overshadowed by the extremely brutal Islamic State (ISIS). Farhan Zahid, a counterterrorism expert working in Pakistan’s police service, tells us what the relationship between al-Qaeda and ISIS is, and what long-term effects the death of bin Laden had on the terrorist organization.

ResearchGate: Could you give me a short update on the state of al-Qaeda today?

Farhan Zahid: At the moment, al-Qaeda is in a difficult position primarily due to U.S. drone strikes in tribal areas of Pakistan, where they found a safe haven after the fall of the Taliban regime in Afghanistan in December 2001. As many as 64 al-Qaeda top leaders and high-value targets have been killed in the CIA’s counterterrorism measures since 2004.

However, due to al-Qaeda’s loose and decentralized structure, it has thus far managed to survive the U.S. onslaught. The cell-based structure is spread over in more than 60 countries, and a plethora of local Islamist groups in Asia, the Middle East, Africa, and cells of disgruntled Islamist in Western Europe have pledged allegiance to al-Qaeda over the past 14 years.

At times, al-Qaeda has established itself as a mother-ship organization, in effect franchising to smaller local groups. In this way, al-Qaeda has managed to keep itself afloat amid a significant effort from the United States and its allies to pulverize the organization.

RG: What is the relationship between al-Qaeda and ISIS?

Zahid: ISIS was an al-Qaeda franchised group founded by Jordanian Abu Musab al-Zarqawi after the U.S. invasion of Iraq in 2003. The organization, before joining the al-Qaeda, was known as Jamaat ut Tawheed wal Jihad, and Abu Musab had met with al-Qaeda leader Osama bin Laden in Taliban-ruled Afghanistan.

After the death of bin Laden in May 2011, ISIS’s new leader Abu Bakr al-Baghdadi began to have tactical issues with the leader of al-Qaeda, Emir Ayman al-Zawahiri. Baghdadi wanted more independence, and his group often made decisions without the approval of Zawahiri, including the targeting of Shia Muslims and bombing of churches.

Soon after the Syrian civil war began, Baghdadi shifted his organization to the country to capitalize on the dilapidated state of affairs.

However, another faction of al-Qaeda was already located in Syria, which had conflicting aims from ISIS. The personality clash between the leaders of the two al-Qaeda factions grew, culminating in Baghdadi attempting to absorb the other faction, which then forced al-Zawahiri to intervene.

As Baghdadi refused to back down, al-Zawahiri had to de-franchise ISIS.

ISIS managed to carve out some territories in war-torn Syria, where it regrouped itself. Taking advantage of the Sunni-Shia rifts in Iraq, the organization won over thousands of former Iraqi war veteran soldiers and fresh recruits from Sunni tribes of Iraq.

ISIS without any doubt has managed to overshadow al-Qaeda for several reasons.

ISIS controls a large territory in Syria and Iraq after it successfully captured Mosul, while al-Qaeda has no territory. ISIS also controls oil rigs in Iraq and Syria and has substantial financial resources.

Because of its tremendous successes and its proclamation of Islamic Caliphate (declaring all other groups invalid and requiring members to pledge allegiance to Baghdadi as caliph) potential jihadi now tend to join ISIS rather than joining al-Qaeda.

Finally, at least 25 Islamist groups around the world have pledged allegiance to ISIS, some that were formerly associated with al-Qaeda. Most of these Islamist groups are small, with some exceptions, including Nigerian group Boko Haram.

RG: What are some of the differences between the two terrorist groups?

Zahid: Ideologically, there is no difference—both adhere to the Salafi brand of Islam. We may call them tactical twins, but strategic enemies.

RG: What impact did the death of Osama bin Laden have on al-Qaeda?

Zahid: The death of Osama bin Laden had a substantial impact on al-Qaeda. Zawahiri is still trying hard to reinvigorate the organization, including by establishing al-Qaeda in the Indian Subcontinent (AQIS). But overall, the media tends to give more coverage to ISIS, primarily because of ISIS’s effective strategy to engage western media houses with its on-camera acts of terror.