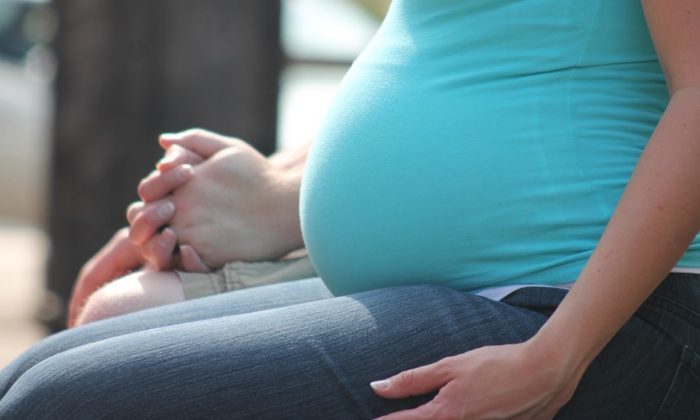 Stock image of a pregnant woman. (Greyerbaby/Pixabay)
By Katabella Roberts

A Japanese woman has revealed she had to take a pregnancy test before boarding a plane to the U.S. territory of Saipan, amid a rise in so-called “birth tourism.”

Midori Nishida said the incident occurred when was checking into her flight at Hong Kong International Airport to Saipan in November, a flight she had taken frequently in the past.

The 25-year-old was visiting her parents for 20 days on the island in the Western Pacific and was flying with a budget airline, Hong Kong Express Airways Limited.

Nishida was not pregnant and stated that she wasn’t in a mandatory check-in questionnaire. However, at the check-in counter, she was told that she had been “randomly selected” to undergo a “fit-to-fly” medical assessment.

Airline staff asked the young woman to sign a medical records release form, and upon reading it, she noted that the assessment appeared to have been conducted due to her body shape.

“In our routine initial safety assessment by our ground handling staff, we have reasonable suspicion on the health condition of the passenger above. The passenger has been observed to have a body size/shape resembling to a pregnant lady,” the form read.

Nishida said she was then escorted to the bathroom by a woman in plain clothes who claimed to be a medical practitioner and was given a pregnancy test.

Despite the test confirming that she was not pregnant, Nishida says the medical practitioner failed to record this on the medical form and instead instructed her to throw the pregnancy test away.

Nishida was then allowed to board the flight but described the whole experience as “truly appalling.”

“I am truly appalled by the entire situation: the questionable policy of screening passengers, the non-transparency of the airline staff, and the flagrant discrimination,” she said.

The majority of airlines allow pregnant women to board flights without any medical certificate as long as they are below 36 weeks pregnant. However, some international flights restrict travel after 28 weeks, according to Healthline.

Nishida said that Hong Kong Express’s policy for pregnant passengers denies boarding to non-U.S. citizens who are over 20 weeks pregnant. However, this policy was reserved explicitly for flights between Hong Kong and Saipan.

Hong Kong Express Airways, which was acquired in July by Cathay Pacific, told The Wall Street Journal that the test was conducted in response to “concerns raised by authorities in Saipan.”

“In response to concerns raised by authorities in Saipan, we took actions on flights to Saipan from February 2019 to help ensure U.S. immigration laws were not being undermined,” it said.

The company added that under new management, it recognized the concerns its actions had caused and apologized “unreservedly to anyone who has been affected by this,” it said. “We have immediately suspended the practice while we review it.”

However, Nishida called for Hong Kong Express to review its “discriminatory” practices to see if it “solves the issue it intends to address while at the same time ensures that passengers’ privacy are respected,” she said.

The island of Saipan has become a popular destination for women, in particular Chinese, intending to give birth on U.S. territory, thus making their new-born babies eligible for American citizenship, WSJ reports. In 2018, more tourists than residents gave birth in the Commonwealth of the Northern Mariana Islands, of which Saipan is the largest.

Chinese citizens can visit the Northern Marianas without a visa after a China visa-waiver program was introduced in 2009.

A 2017 report by Pacific Island Times said that so-called “birth tourism” had become a lucrative business in China, where travel agencies offer tour packages to Saipan which include airport pickup, accommodation, and care throughout their stay on the island.