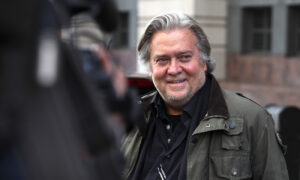 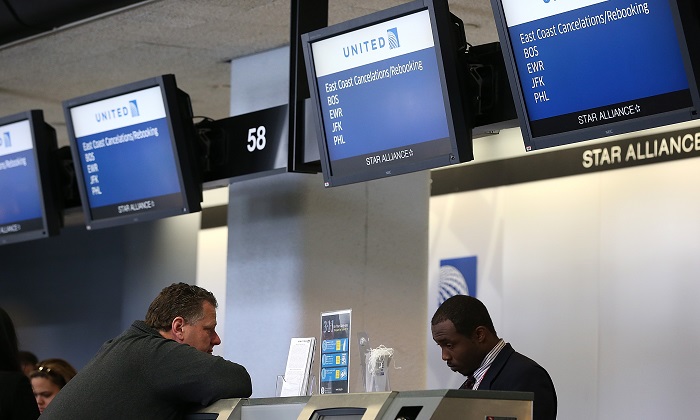 A file image of a United Airlines ticket agent helping a customer rebook a flight that was canceled due to weather at San Francisco International Airport, California. (Justin Sullivan/Getty Images)
US News

Airline Apologizes for Bumping Passenger in Favor of Texan Politician

United Airlines told media on Monday that it has apologized to a passenger who claimed the airline gave her first-class seat to a politician from Texas.

A United Airlines spokesperson told NY Daily that the airline has apologized to passenger Jean-Marie Simon and has given her a $500 travel voucher.

Simon said the airline gave her first class seat to U.S. Rep. Sheila Jackson Lee, a Houston Democrat while she was given a seat in Economy Plus on a Dec. 18 flight. She also said that the airline threatened to throw her off the plane when she started to object and had taken a photo of the Jackson Lee sitting in the first-class seat.

“It was just so completely humiliating,” Simon told the Houston Chronicle.

Responding to Monday’s report, Simon said via Facebook that the $500 was not a part of an apology.

“It was a voucher that an gate agent reluctantly gave me, after originally offering $300, at the same time as he was refusing to comp me a snack box meal because, according to him, ‘I want a Mercedes Benz, but that’s not going to happen.’ Even though I paid 140,000 miles for that ticket,” she said on Monday evening.

Whether Simon has received a written apology that she had earlier demanded from the airline remains unclear.

Sheila Jackson Lee (D-Texas) in seat 1A the one I paid for dearly, and the one United gave to her without my consent or knowledge! Fellow congressman on same flight said she does it repeatedly. @united pic.twitter.com/Q2c6u6B0Yp

Following the incident, Simon posted the image of Jackson Lee in the seat and made her complaints public via Twitter and Facebook, and media attention ensued.

“After thoroughly examining our electronic records, we found that upon receiving a notification that Flight 788 was delayed due to weather, the customer appears to have canceled her flight from Houston to Washington, D.C. within the United mobile app,” United Airlines said in a statement reported the Houston Chronicle. “As part of the normal pre-boarding process, gate agents began clearing standby and upgrade customers, including the first customer on the waitlist for an upgrade.”

According to Simon, she was contacted several days after the flight by a “resolution manager” from United Airlines who apologized at least a half-dozen times, reported the Houston Chronicle.

Simon told the newspaper that she wants a formal, written apology from the airline.

In part of a detailed Facebook post about what occurred, Simon said the airline repeatedly lied to her.

“They put Jackson Lee on the plane and then tried to blame it on a late incoming flight, another airline, my cell phone, united.com, Global Services, and on everybody but the United employee who deliberately erased my seat, my ticket, and my name from the system in order to accommodate a member of Congress who repeatedly bullies his/her way into favored status,” Simon wrote.