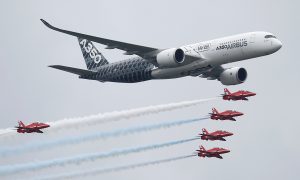 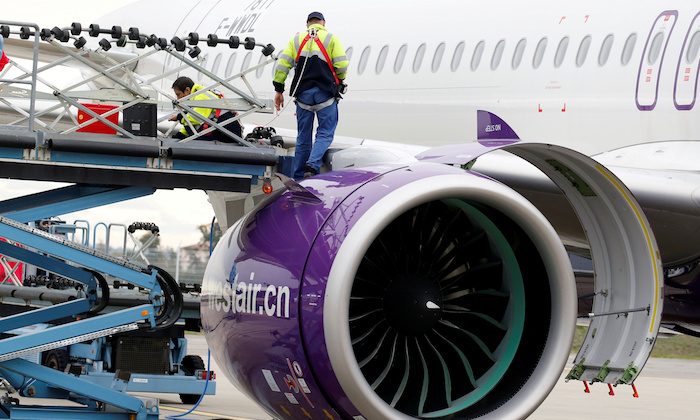 PARIS—Airbus delivered 800 aircraft last year, provisionally hitting a key industrial target that only weeks ago had seemed beyond its reach as it battles to overcome supply chain problems and factory snags to meet record demand for jetliners.

The European planemaker issued an unscheduled statement to confirm the figure after its shares jumped as much as 6 percent following a Reuters report that it had hit the 800 goal subject to final auditor checks.

Airbus “confirms that it achieved 800 commercial aircraft deliveries in 2018, subject to finalization of the auditing process,” the company said.

Despite record demand, deliveries are under scrutiny this year as the aerospace industry faces increasing tensions in the supply chain, particularly among engine manufacturers which have failed to keep deliveries running as smoothly as expected.

Deliveries are also a key driver of revenues and cash and to a large extent feed into operating profit.

Airbus narrowly avoided its first ever missed delivery goal only after frantic activity on New Year’s Eve and after easing the target in November due to a gap in engine supplies.

It also managed to cross the threshold with the help of an unspecified number of ex-Bombardier jets belonging to a loss-making Canadian jet program it acquired in mid-2018.

U.S. arch-rival Boeing too has faced some industrial problems, missing its 2018 target of 810-815 deliveries by 4 jets even as it posted larger-than-expected orders and remained the world’s largest planemaker for a seventh year.

Airbus’s record delivery tally is up 9 percent from 2017.

It follows days of speculation and share price volatility over whether Airbus had managed to reach the profit-related target, even after cutting it by one percent in November.

Shares in the European planemaker fell sharply last week after earlier signs that Airbus was unlikely to meet the target, including a report that it had fallen short by up to 9 jets.

Industry sources later said they did not rule out that Airbus would pull off a positive surprise as figures were compiled.

Airbus hopes to announce net orders above deliveries, after a push to win new business at the end of the year and in the face of concerns over a downturn in the aerospace cycle, sources said. But it is unlikely to match Boeing’s net total of 893 even with the help of orders for the newly integrated Canadian A220 jet.

The so-called book-to-bill ratio is an indicator of the strength of future business, but final data depends on auditors also signing off on a rush of last-minute order activity.