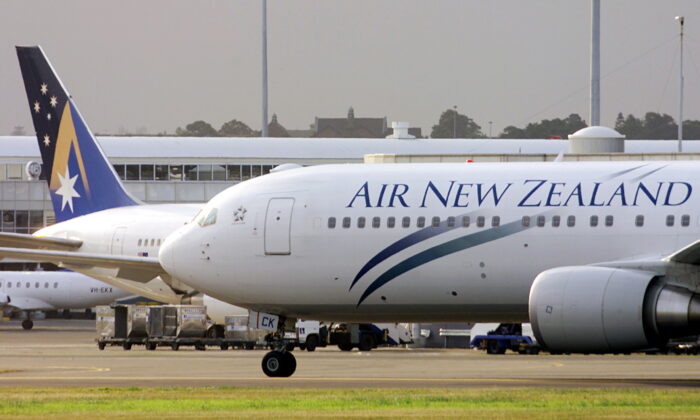 Air New Zealand (NZ) has brought back former staff as borders open and gets ready to restart flights around the world.

A spokesman for Air NZ told The Epoch Times that they had a total of around 720 rehires across cabin crew, pilots, and airports since March 1, 2020.

The airline had let go around 4,500 staff after COVID-19 restrictions caused the business to lose 95 percent of its revenue.

“The great thing about it is we’re now seeing a recovery. It’s been almost 800 days since this began, and we’re excited about being able to get up and running,” Foran said.

However, he said the airline would not yet be bringing back the “handful” unvaccinated pilots until there was a policy change, which was still under consideration.

Air NZ made it mandatory for pilots, cabin crew, and other customer-facing employees to be fully vaccinated for COVID-19 by Nov. 14, 2021, one of the first companies in the country to do so.

Foran added that he hoped he could bring back all the staff that had been stood down.

Air NZ also revealed it would begin operating its flagship route from Auckland to New York from Sept. 17.

The announcement came on the same day that the NZ government announced the significant lifting of COVID-19 restrictions, including the end of vaccine passports, mandates, and QR codes.

The 17-hour flight will also connect Australian customers with the Big Apple, with Foran calling it an exciting move.

“Customers have the choice to either connect directly onto their New York flight or arrive a few days early and explore everything Auckland has to offer,” he said.

From April 13, vaccinated Australians will be able to travel to NZ without isolation, and Air NZ is ready to reconnect friends and families across the ditch.

From May 2, the same rules will also be applied to vaccinated people from visa waivered countries, such as the United States and the United Kingdom.

“Flights across the Tasman have been particularly popular, especially over the Easter period where we have added over 90 flights to keep up with demand over that period,” Foran said.

However, prices for Easter flights between Australia and NZ are more expensive than usual, and Foran said fuel prices were part of the reason.

“I would also remind everyone that was the price of fuel sitting where it is, we’ve got a responsibility to make sure that we can try and get a return on some of these flights as well,” he said. “But I do appreciate that prices are reasonably high at this point.”