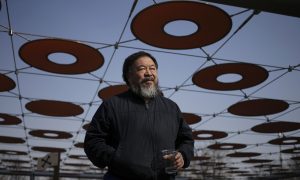 The British Home Secretary on Friday ordered officials to issue the six-month visa that prominent Chinese artist Ai Weiwei applied for but was earlier denied.

On July 30, Ai, 57, posted on social media site Instagram a letter by the British Home Office which stated that it was giving him a 20-day visa instead of the longer business visa on grounds that he failed to declare his “criminal conviction,” without stating what the conviction was.

The following day, July 31, British Home Secretary Theresa May reviewed Ai’s case, told officials to grant the visa, and apologized to the artist, according to BBC. The British Home Office has also written a letter “apologizing for the inconvenience caused.”

While Ai was detained by the Chinese authorities for 81 days in 2011, he was never formally arrested or indicted. A design company connected with Ai was involved in a tax evasion case in 2012 and has yet to pay the $2.4 million in fines, but the artist was never personally charged in the civil suit. Ai, a noted critic of the Communist Party maintains that the tax case is politically motivated.

Ai is due in September for the opening of his art installation at the Royal Academy of Arts in London.

Ai Weiwei is one of China’s most prominent contemporary artists, and often uses his work to call attention to what he sees as injustice and corruption in China. He was recently released from a four-year long travel ban and got back his passport last week. He is now in Germany with members of his family.