Age of Lies, Age of Truth 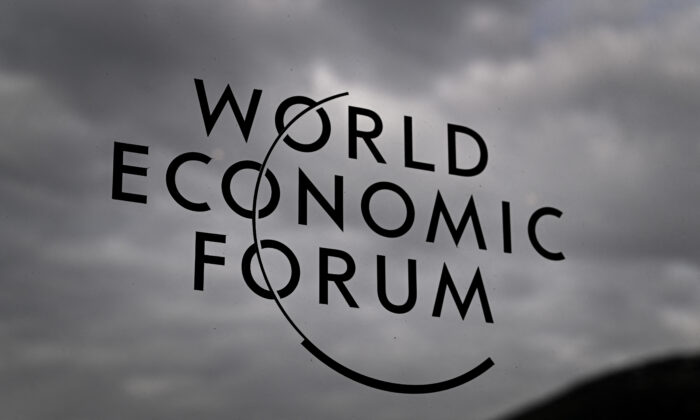 A sign of the World Economic Forum (WEF) is seen at the Congress centre during its annual meeting in Davos on May 23, 2022. (Fabrice Coffrini/AFP via Getty Images)

Have you been watching these fools at the World Economic Forum (WEF) go on about how they’re going to control the world? It’s embarrassing, and the public in many nations has turned against them. Rightly so.

The model that people use is very simple: If you attended the WEF, you might enjoy hobnobbing, or worse, but vast numbers of people now think you’re a bad guy. In terms of PR, you’re toast. This pertains to every last one of them.

Poor Gov. Brian Kemp of Georgia. He’s a good guy, the first state to open up (for which Trump blasted him), but he really misread the room. He decided to show up at Davos because he got the invitation. He was flattered and decided to go. Immediately, the roof fell in on him. His base has turned against him, and he found himself on the back foot claiming that he was going only to speak truth to power.

The masses are extremely angry. All over the world. The WEF is the temporary focal point of this anger.

As much as we talk about censorship—and it’s very real—we are right now being given access to truth in ways that no living person has ever seen. We have The Epoch Times and many other sources. We also have Substack. And Rumble. And Gettr and Gab. And Twitter Spaces, my new love. Out of these free venues, we’re hearing things we’ve never heard.

Recall that when radio first came along, the government’s initial response was to create the Federal Radio Commission to control it just in case it got out of hand. That became the Federal Communications Commission that took over television for control. Those controls later waned as CB radio became widely distributed.

When the internet came along, we experienced more freedom. Too much freedom from the government’s point of view. The censorship that we now know for sure dominates all Big Tech platforms was merely an extension of a very old practice. We’ve not had true free speech in this country for generations.

But with the multiplicity of platforms, with this newspaper and with Twitter and others, we’re experiencing a flood of truth. The internet is becoming again what it was supposed to be.

And let’s give a shout-out to Tucker Carlson on Fox. Nightly, he’s dropping truth bombs. Last night, the American people heard for the first time confirmation not only that the CIA was involved in the murder of JFK but more than that: He revealed that Watergate itself was a CIA plot and that Woodward and Bernstein were nothing but deep state agents who set out to punish Nixon for threatening to expose who really runs the country.

It all makes sense. It’s the first coherent theory I’ve heard. I’m immediately drawn to it.

How in the heck does Tucker stay on the air? Pretty simple. He’s the highest performing news host in the world. His vast viewer base has given him the freedom to say what’s true. And you’ll notice that he’s using that freedom very well, so long as it lasts.

The passion to know the truth is increasingly defining American culture today. There was something about the lockdowns that triggered people. How did it happen that in the country of the Bill of Rights and free enterprise that suddenly we weren’t allowed to run our businesses, go to the gym, or even attend church? People are finally demanding answers. The answers are terrifying: The people are no longer in charge of this country.

The thing about Americans is that we believe that we have rights and that we should have a government that respects and defends them. Nothing can shake people from this view. We sing about it on July 4th. We pledge to the flag. We tell our kids all the legends of this great country. The Deep State really miscalculated in thinking that they could wipe all that out in a matter of a few months.

The media line is that all of this new anger is being driven by QAnon and various radical groups. It’s utter gibberish. The anger is coming from everywhere, including those who used to imagine themselves to be on the left politically.

A few words now on this strange and unexpected attack on Joe Biden for possessing classified documents. The timing was impeccable. It’s a classic Deep State hit. The point of this is to remind the elected officials of every party, no matter their politics, about who’s really in charge. The national security state rules all. Not even Biden is safe. That’s the whole idea.

In addition, there might be the perception that it’s time to start dialing back his valorization to put Democrats on notice that they need to ready some new candidate for the next election, or else the country could end up with someone even more effective and dangerous to the Deep State than even Donald Trump, namely Ron DeSantis.

The real purpose here is to groom someone to take him on before this gets out of hand. But who will it be? It can’t be Hillary, Kamala, or Mrs. Obama. That’s never going to work. Nor can it be one of those creepy New York Democrats who are compromised beyond belief. Someone needs to step up now else the Deep State is going to face a real reckoning in a couple of years.

This political and financial crisis is occurring in the midst of a euthanasia of white-collar jobs in the tech sector and a deepening depression in the economic realm. This is a wicked and wild combination that’s only going to produce more instability and public anger. Is it possible that the ruling class overplayed their hand over these three years? It is starting to seem like this is true.

In any case, these are good times for lovers of truth. We are getting more than we asked for and even more than we want. Let’s try to enjoy it while it lasts. The crackdown on information and our newly found freedoms will come soon enough. But by then, it might be too late. The cat does really seem to be out of the bag.

What happens next is anyone’s guess. All of history, however, teaches us that public opinion really does matter for the shape of public life. Through fits and starts, truth does win out. Probably Robert F. Kennedy Jr. is right. Something has been profoundly wrong since his uncle was assassinated. That’s the great secret. The lockdowns of 2020 only provide the means by which we’re discovering the fullness of the horror.

Every day and in every way, more and more people are finding out what’s been happening to our freedom all these years, and they’re determined to get it back one way or another. This is the crucial battle of our times.