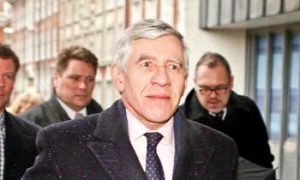 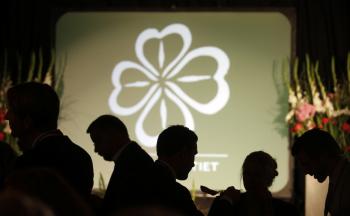 Party members and sympathizers of the Center Party gather in Stockholm, Sweden on September 19, on the eve of the national elections for the Swedish parliament. The Center party is one of the parties forming the governing coalition. (Niklas Larsson/Getty Images )
Europe

After Swedish Election, Stalemate and Confusion

Aron Lam
View profile
Follow
biggersmaller
Print
The Swedish national election ended in precisely the kind of confusion that many feared it would: Neither of the two coalitions won a majority, and the populist anti-immigration party, Sverigedemokraterna, which all other parties have explicitly refused to cooperate with, made it into Parliament.

The four party conservative-liberal coalition, which has ruled Sweden for the past four years failed to win a majority, ending up somewhere slightly above 49 precent. The contender, the three party left-green coalition got around 43.5 percent of the vote. Prime Minister Fredrik Reinfeldt of conservative party Moderaterna declared in a speech that he intends to try to form a government, indicating that the conservative-liberal coalition will approach the Green Party about a possible collaboration across coalition lines, in order to avoid having to rule with the support of Sverigedemokraterna.

The election is historical for a number of reasons: It is the first time that two major coalitions were pitted against each other; the Social Democrats, who have dominated postwar Swedish politics with around 50 percent of the votes, have now been reduced to about 30 percent, their worst result in modern times. They are now less than 1 percent larger than Moderaterna. Commentators have declared that this is a watershed moment for the Social Democrats, and that the political landscape in Sweden has shifted decisively.

More controversially, the populist Sverigedemokraterna won about 5.5 percent of the votes, which is as much as the smallest conservative party (Kristdemokraterna) and the smaller socialist party (Vänsterpartiet). They will now take seats in Parliament, after winning more than 4 percent of the vote. “We have made political history,” party leader Jimmie Akesson, said in his speech, barely able to get a word in over the cheering of his jubilant party members. Sverigedemokraterna’s roots trace back to the Swedish Neo-Nazi movement of the 80s, but has morphed into the populist anti-immigration platform that most other European countries have in their Parliaments—it is the sort of politics that Sweden is unaccustomed to, and the group’s presence in Parliament has shocked and dismayed many.

All parties in both coalitions have forcefully rejected the idea of any form of cooperation with Sverigedemokraterna, and many openly call them racist. Lars Ohly, leader of Vänsterpartiet, refused to even be in the same room as Jimmie Akesson on live TV during the election night aftermath on Swedish public service TV (SVT). He, as well as the rest of the left-green coalition, vowed to fight Sverigedemokraterna and do everything in their power to prevent them gaining any influence in Swedish politics.

If Prime Minister Fredrik Reinfeldt fails to find a path to collaboration with the Green Party, the end result may be a re-election. The Green Party is a member of the opposite, left-green coalition and has so far completely rejected the idea of collaborating with the ruling coalition.