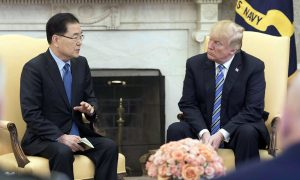 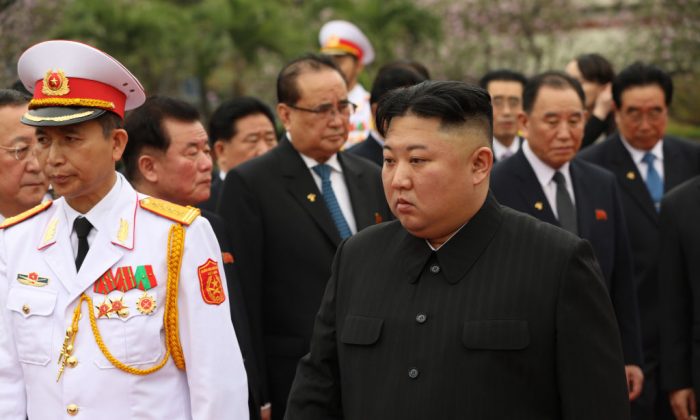 North Korean leader Kim Jong Un left Vietnam on March 2, after failing to come to a negotiation during the summit with U.S. President Donald Trump.

Some fascinating details have since been unveiled about Kim’s visit, highlighting the deep sense of paranoia within the communist regime.

North Korean guards spent five hours cleaning up all traces of Kim the leader might have left in the hotel, according to Chosun Ilbo, a South Korean newspaper.

Kim Jong Un left the Melia Hanoi Hotel in Vietnam at 9:30 a.m. on March 2. When a Chosun Ilbo reporter arrived at the hotel at around 2 p.m., access to the 21st and 22nd floor was still restricted with the North Korean security team guarding the stairways.

Kim stayed on the 22nd floor and had presided over meetings on the 21st floor. The security team was busy cleaning up the room and the hallway on these two levels.

Chosun Ilbo analyzed that given the timing, the security team was likely removing all “biomarkers” Kim might have left, such as strands of hair, fingerprints, or saliva.

Another South Korean outlet Aju Business Daily reported on March 2 that Kim Jong Un had not made any public appearances in the 27-hour period after returning to the hotel from the conclusion of US-North Korea summit. Kim did not come out of the hotel until 3:20 p.m. on March 1, when he met with Vietnamese leader Nguyen Phu Trong.

Kim’s original plan was to leave Vietnam in the afternoon of March 2. However, because of the negotiation breakdown, he left the country at around 10 a.m.