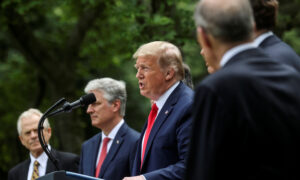 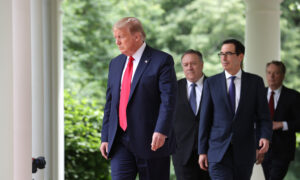 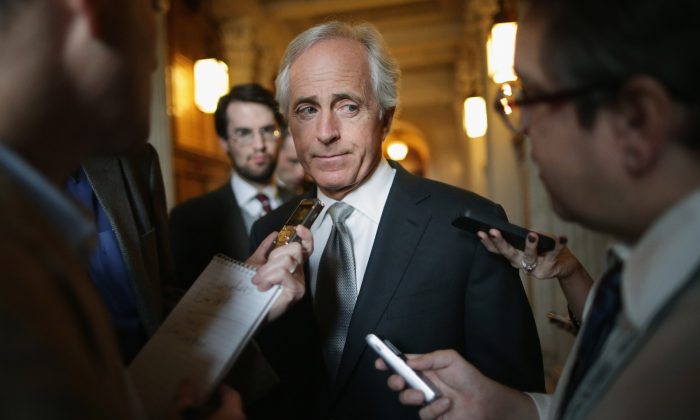 Corker Has ‘Newfound Empathy’ for Trump After Media Attacks

Republican Senator Bob Corker (R-Tenn.) said that he has a “newfound empathy” for President Donald Trump after experiencing the effects of fake news first-hand.

“I have a newfound empathy for what he and others have been dealing with,” Corker told Fox News on Thursday.

Corker voted in favor of the Republican tax bill that passed the Senate early Wednesday morning. Corker had voted against an earlier version of the bill.

News outlets had suggested that Corker’s change of heart was because of a provision that was added to the tax bill.

Corker, however, denied having had any knowledge of the provision, and that it had been introduced by the House and not the Senate. He said he had already decided to support the bill before the provision was introduced.

Democratic opponents had quickly dubbed the provision that benefits real estate developers as the “Corker kickback.”

“The reporter who wrote about this knew I was unaware of the provision,” Corker said.

However, despite telling the reporter he didn’t have knowledge of the provision, Corker said the reporter “all of the sudden turns it around as if this had some impact on a decision I already made.”

He specifically called out The New York Times, The Wall Street Journal, and the Washington Post for their misreporting on the issue.

“I’ve never ever in my life used the term “fake news” until today, I actually understand what it is the president has been dealing with,” Corker said.

He said he brought up the issue in a phone conversation he had with the president on a number of issues.

“I told him that I had a healthy respect for the media, I deal with them all the time, and to attack the media has not been something I have done. But I had a new found empathy for him,” Corker said.

Corker said that he had changed his initial objection to the tax bill, which was a concern for a potential increase in deficits, after considering all factors and whether it was best for the country.

“In the end of the day, to cause our companies to be competitive around the world, to keep our companies from locating in other places. To continue to build on this dynamism that we have in our nation, I felt that this is the right thing to do.”

President Donald Trump has frequently called out news organizations for their fake reporting.

The study also revealed that most media coverage of Trump focused on his character traits rather than his policies.