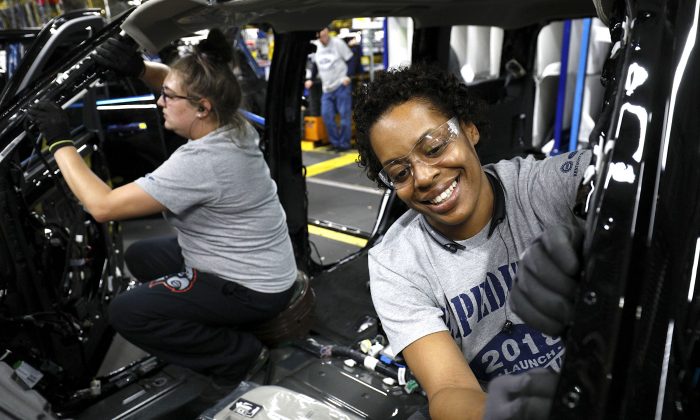 The jobless rate for African-Americans fell to the lowest level since 1972, when the government first began tracking data
By Emel Akan

The jobless rate for African-Americans declined to 6.8 percent nationally in December.

After the financial crisis of 2008, the African-American unemployment rate surged, reaching 16.8 percent in 2010. It has gradually declined since then.

Among states, the unemployment rate was lowest in Tennessee and highest in Illinois during the third quarter of 2017, according to the Economic Policy Institute.

“African-American unemployment is the lowest it’s ever been in the history of our records,” President Donald Trump said during a speech at the 99th annual convention of the American Farm Bureau Federation in Tennessee.

Economists disagree over who is responsible for the drop in the unemployment rate for African-Americans. Some argue that the fall has nothing to do with Trump’s policies but is more related to President Barack Obama’s tenure. Meanwhile, others praise Trump’s deregulation efforts.

Horace Cooper, an adjunct fellow with the National Center for Public Policy Research, told Newsweek magazine that job opportunities for African-Americans were growing in the trade industry thanks to regulatory rollbacks.

Economists forecast that the overall unemployment rate could fall to 3.5 percent this year, which would be the lowest since the late 1960s. That could potentially lead to higher wage growth by the end of this year.

By the end of November last year, there were nearly 6 million vacant jobs that American workers were unable to fill. Meanwhile, 6.6 million unemployed Americans were looking for jobs, and the labor force participation rate was 63 percent in December.