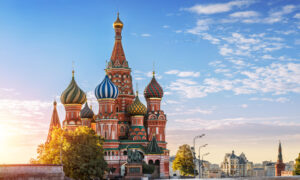 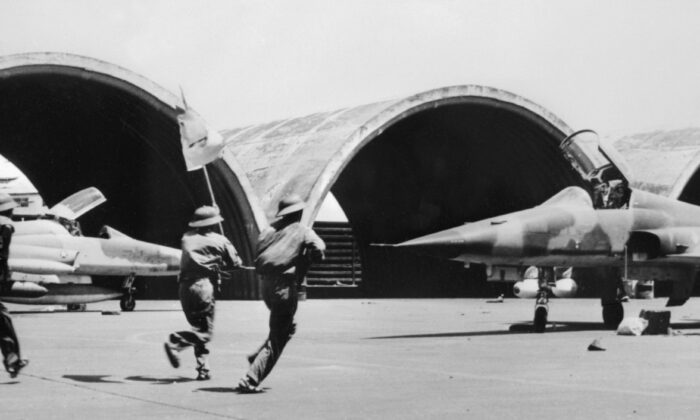 North Vietnamese troops run on the tarmac of the US military airport in Tan Son Nhut, South Vietnam on May 12, 1975. (AFP via Getty Images)
Afghanistan

The situation in Afghanistan is worse than that in Vietnam in 1975, a former foreign correspondent says.

Saigon, the capital of South Vietnam at the time, fell to the North Vietnamese Army on April 30, 1975. In the days leading up to the takeover, which effectively ended the Vietnam War, American troops evacuated thousands of Americans and Vietnamese.

Ron Yates was there at the time as a correspondent for the Chicago Tribune. He remembers U.S. troops working for weeks to get out Vietnamese who had assisted the United States during the war.

“They managed to get a lot of people out,” Yates recalled on The Epoch Times’ “American Thought Leaders” on Aug. 20.

On the other hand, the United States failed to evacuate many Afghans before the country fell to the Taliban in mid-August.

“It’s an unmitigated disaster,” Yates said. “They had months to do this. Why couldn’t they have begun this process three or four months ago, slowly taking out these Afghans who were going to be, probably targeted by the Taliban after they took over?”

Since Aug. 14, the United States had evacuated or facilitated the evacuation of about 82,300 people on U.S. military and allied flights, a White House official said Wednesday. Many are Afghans who may have been targeted if they remained in the country.

But just 5,400 others were evacuated before the Taliban takeover, including a number of Americans.

The Biden administration, which has said there will be time for an after-action review later, including an exploration of how Afghan forces failed to stand up to the Taliban, has been criticized for seemingly not expecting the rapid takeover, which unfolded as the United States withdrew personnel ahead of its self-imposed Aug. 31 withdrawal deadline.

Military officials have indicated there was a failure of intelligence, with top U.S. general Mark Milley telling reporters in a rare public appearance last week that “there was nothing that I or anyone else saw that indicated a collapse of this army and this government in 11 days.”

The Office of the Director of National Intelligence has not responded to requests for comment.

Yates, who served in the Army Security Agency, which dealt with signals intelligence, told The Epoch Times that he believes it was not an intelligence failure, but a failure by the administration to heed the intelligence they were given.

“And somehow, I don’t think the administration heeded that advice. I wasn’t there in the room, so I don’t know. I’m not privy to the Situation Room in the White House, but my feeling is they didn’t listen. And now we’re paying the price for that.”

President Joe Biden announced Tuesday that the Aug. 31 deadline is not being pushed back, at least for now, as U.S. troops scramble to evacuate the thousands of Americans remaining in Afghanistan in addition to the Afghans who helped the United States during the 20-year war there.

Group of Seven leaders, including Biden, agreed in a meeting earlier in the day to take a “united” approach to the Taliban, with the legitimacy of any future government depending on how the terrorist group upholds so-called international obligations.

“And we agreed that none of us are going to take the Taliban’s word for it. We will judge them by their actions. And we will stay in close coordination on any steps that we take moving forward in response to the Taliban’s behavior,” Biden said.

Looking forward, Yates said he hoped that most Afghans who worked with Americans are able to flee the country before U.S. troops withdraw.

“The other thing I think is really important is the behavior of our media. I’m very impressed, I’m very gratified, and by the function of the media, as it’s covering this story. They’re asking good questions. They’re holding the administration accountable. They’re probing them. They’re trying to get some good answers for some of the things we’re seeing on the ground in Afghanistan, and I think that’s a good thing. I think it shows the media at its best, at their best,” he said.

“And I believe that if they can be, if this could be sustained over time, then it may be a kind of a reinvention of our American media, doing its job for a change, and being a watchdog of government. So I hope that’s the end result of all of this.”