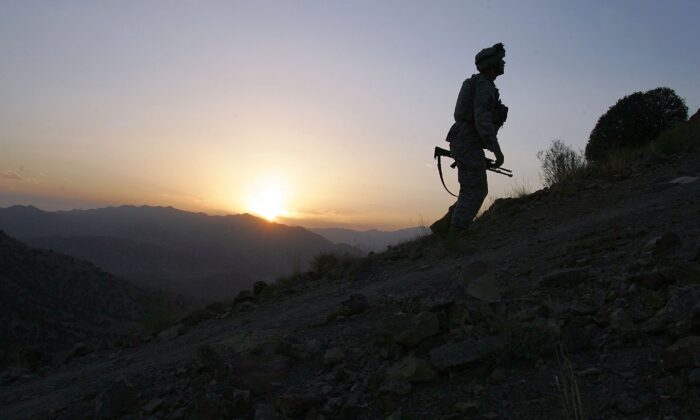 With each passing day in Afghanistan, the Taliban grows stronger, and the pro-American government forces grow weaker. Anecdotally, you can see the momentum building in the news coverage.

The Foundation for Defense of Democracies’ Long War Journal, which has been tracking war in Afghanistan for years, estimates that as of July 11, the Taliban controlled 213 districts. It reports that the government controls 70 districts, and some 115 districts are being contested. Thus, after the United States, NATO, and our Afghan allies spent 20 years fighting to create a post-Taliban country, the evidence is growing that we have lost.

Remember that these are people whose memory of war goes back more than 40 years to the Soviet invasion in December 1979. Many Afghans have lived their entire lives in the middle of a brutal war. They are now beginning to look for ways to accommodate a new reality. The Soviets lost. The Americans lost. Now, the Taliban with its semi-medieval worldview will be back as brutal and oppressive as ever.

As a sign of the times, on July 11, 1,000 government troops fled to Tajikistan. Three hundred have flown back into government bases but 700 are still across the border. Also consider the methodical assassination of Afghan pilots, most of whom had been trained in the United States. When life is more dangerous grocery shopping than flying in combat, you know your side is losing.

The odds are overwhelming that this generation of Americans is about to learn what a lot of Americans learned painfully in 1975, when Saigon fell and the brutality, killings, concentration camps, and re-education programs began. When America is weak at home and abroad, bad people do bad things.

Years ago, a journalist who had started out against the Vietnam War (and, in fact, thought North Vietnam was in the right) told me he changed his mind after America left the country. The spirit of conquest and brutality that spread as the north conquered the south convinced him that he had believed a lie. He spent the rest of his career as a militantly pro-American, anti-evil journalist.

Despite more than a half-century of war, in many places, the United States has no doctrine for winning wars against militant minorities with sanctuaries. The Taliban will now almost certainly win. As town after town collapses and women are persecuted, defeat will be obvious.

Across the planet, the enemies of America will take heart from the American withdrawal, the abandonment of our allies, the desertion of those who helped us, and the collapse of Western, enlightenment-based influence in Afghanistan. America will look weaker, and our enemies will look stronger.

I am not arguing for another generation of Americans to spend their lives and efforts in Afghanistan. It is over, and we failed. I am arguing that we need to actually stop and learn from the failure—something we haven’t done since Dec. 7, 1941, when the Japanese attacked Pearl Harbor.

We need to understand that after 19 years of effort this is a defeat—and it needs serious rethinking in our defense system at a level we have not seen in our lifetime.

We then need a new doctrine that can win the dozens of small wars around the planet, in which massive armies are currently being defeated by small, underpowered, but brutally effective guerrilla fighters. We need a doctrine that can decisively defeat enemies when it matters.

What we must not do is pretend everything is OK and that nothing needs to change.

Today, we have none of these.