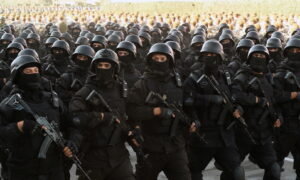 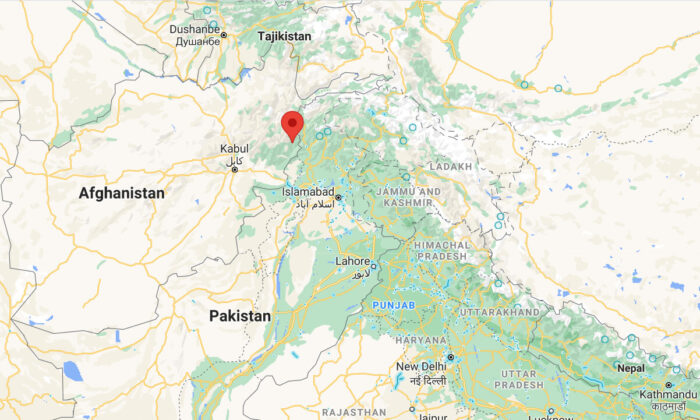 This screenshot shows Kamdesh district in the mountainous eastern province of Nuristan, where a flash flood killed at least 40 people, in Afghanistan, on July 29, 2021. (Google Map/Screenshot via The Epoch Times)
Asia & Pacific

KABUL—Afghan villagers searched desperately for survivors after a flash flood swept down a narrow valley in a Taliban-controlled area, killing at least 40 people and destroying dozens of houses in the early hours of Thursday morning, officials said.

Getting reliable information was difficult, according to Afghan officials, as Kamdesh district in the mountainous eastern province of Nuristan had fallen under the control of the Taliban and had poor telecommunications.

“According to the initial information, 60 houses are destroyed and around 100 people are missing,” said Samiullah Zarbi, spokesman for the State Ministry of Disaster Management.

Villagers had recovered some forty bodies, either from the water or buried beneath the rubble of their homes, Saadullah Payenda Zoy, head of the provincial council, told Reuters.

The Taliban said they would allow humanitarian agencies safe access to the area.

“Unfortunately half of a village, which had more than 100 houses, was washed away by a violent flood last night and sadly more than 100 people are dead or missing,” Taliban spokesperson Zaibullah Mujahid told Reuters.

But, the challenges have become even more acute due to the coronavirus pandemic and mounting violence as Taliban insurgents attack government troops left fighting alone, with the last U.S.-led foreign forces preparing to leave next month.