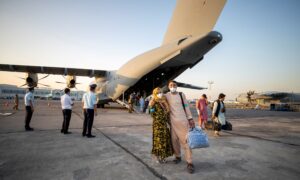 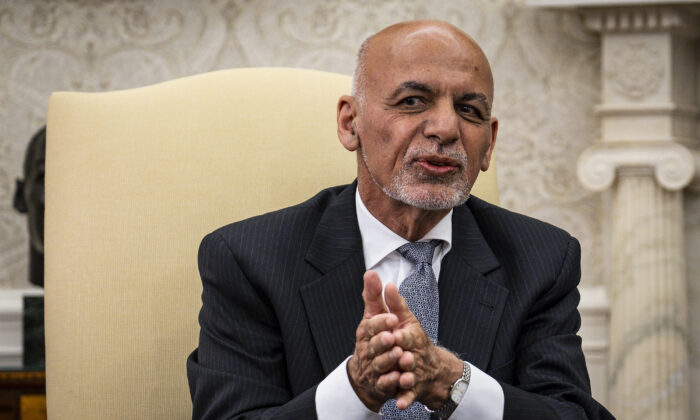 Afghanistan’s President Ashraf Ghani is currently residing in the United Arab Emirates, officials of the Gulf nation confirmed on Wednesday.

Ghani announced on Aug. 15 that he fled the Middle Eastern nation in order to avoid bloodshed, explaining that leaving “the dear country” he dedicated his life to over the past 20 years was a “hard choice,” but Taliban insurgents left him with few options.

The whereabouts of the president were unknown until Wednesday’s statement. Rumors that spread earlier this week claimed he might have fled to Tajikistan or Uzbekistan.

“The Taliban have made it to remove me, they are here to attack all Kabul and the people of Kabul. In order to avoid the bleeding flood, I thought it was best to get out,” Ghani said as he announced his departure. “Taliban have won the judgement of sword and guns and now they are responsible for protecting the countrymen’s honor, wealth and self-esteem.”

Ghani was criticized by several officials and citizens for fleeing the overthrown nation and leaving it to an uncertain fate under Taliban extremist rule.

General Bismillah Mohammadi, the Afghan minister of defense, condemned Ghani for fleeing and selling the homeland shortly after he evacuated Kabul. He decried on Twitter: “They tied our hands behind our backs and sold the homeland, damn the rich man and his gang.”

President Joe Biden also criticized the regime for fleeing while he addressed the situation in Afghanistan during a speech on Monday.

The U.S. State Department announced during a briefing Ghani is still referred to as president, saying there “has not been a formal transfer of power.”

On Wednesday, the designated terrorist group fired at a protest in eastern Afghanistan as a stampede at a gate to the airport in Kabul left at least 17 people injured.

Dozens of people gathered in the eastern city of Jalalabad to raise the national flag a day before Afghanistan’s Independence Day, which commemorates the end of British rule in 1919. They lowered the Taliban flag—a white banner with an Islamic inscription—that the militants have raised in the areas they captured.

Video footage later showed the Taliban firing into the air and attacking people with batons to disperse the crowd. Babrak Amirzada, a reporter for a local news agency, said he and a TV cameraman from another agency were beaten by the Taliban as they tried to cover the unrest.

A local health official said at least one person was killed and six wounded. The official was not authorized to speak to media and so spoke on condition of anonymity.