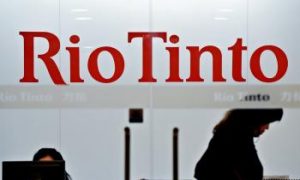 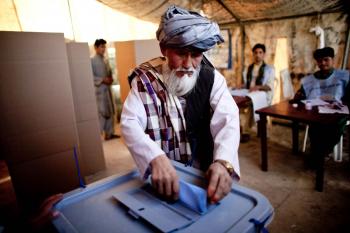 An Afghan man votes at a polling station for the parliamentary elections on Sept. 18 in Mazar-e-Sharif, Balkh Province, north of Kabul, Afghanistan. (Majid Saeedi/Getty Images)
International

It was an ominous warning of the violence that lay in store the next day. Taliban insurgents had threatened to make a target out of anyone participating in the country’s parliamentary elections.

A series of rocket attacks, roadside bombs, and sporadic gunfire throughout Saturday kept turnout at its lowest yet in the short democratic history of the newly independent state.

Even as counting begins at the beginning of this week, election analysts are already warning of “serious concerns” of widespread vote fraud. The results of the election are likely to test the U.S. government’s resolve to begin a withdrawal from Afghanistan by July next year.

“If the elections do not yield positive signals, I think it is going to empower those who are skeptical [over withdrawal],” Ashley Tellis, an Afghan expert at the Carnegie Endowment for International Peace, told Reuters.

The Free and Fair Election Foundation of Afghanistan (FEFA) said it had found “extensive irregularities” in the election process and urged election authorities to investigate.

When casting their votes, people are required to dip their fingers in indelible ink, which cannot be washed off for 72 hours. The process is meant to stop people from voting more than once, but on Saturday residents said that they had seen people washing the ink off outside the polling station and returning to vote again.

Security violations had occurred in at least 389 polling stations, FEFA said, adding that reports of ballot stuffing were also widespread as well as a “worrying number of instances of government officials interfering in the voting process to sway the results in favor of their chosen candidates.”

In an e-mailed statement, Taliban insurgents said that they had directly attacked 150 polling stations. A spokesman for Nato said that despite tight security, the election day had seen more than 500 violent incidents across the country—an increase on last year’s presidential polls.