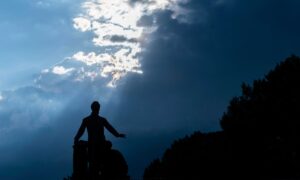 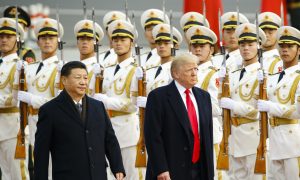 The Chinese Communist Party’s Cold War Against the US: A Historical Perspective
0
Opinion

Adverse Selection and the Trust Crisis in China

On March 30, a group of protesters took to the streets and rallied in front of the government building of Maoming City, in the southern Chinese province of Guangdong. The event evolved into a violent clash between the police and demonstrators and follow-up protests in other cities.

The protesters were opposing the addition of a 3.5 billion yuan (U.S. $560 million) paraxylene (PX) plant to the city’s petrochemical operations. At the end, the government seemed to soften its stance, issuing a statement explaining that the PX plant had not received final approval yet. The authorities claimed, “If the majority of people are against it, the city government won’t make a decision contrary to public opinion.”

Such an incident is far from unusual in today’s China. What’s interesting in this case, though, is that the local government rolled out a substantial information campaign beforehand to educate the public about the PX plant. It invited experts to speak about PX, published numerous reassuring stories in the local newspaper, and mailed 100,000 brochures detailing the economic benefits of the plant.

However people chose not to believe the hype and boycotted the project after a whole month’s campaign of such information.

The deeply ingrained distrust of the government and people’s reaction remind me of a classic problem in economic theory: adverse selection.

Consider a market for used cars, as illustrated in the Nobel-winning paper “The Market for ‘Lemons’: Quality Uncertainty and the Market Mechanism” by UC-Berkeley professor George Akerlof. The buyer faces a seller who knows everything about the quality of the car he is selling while the buyer has little knowledge.

Under such a setting of asymmetric information, the trust that the buyer has in the seller becomes critically important. If the buyer believes that the seller is honest (of course every seller will boast the quality of his car), he is willing to pay for the price of a good car, and the transaction will take place.

However, if the buyer has little faith in the seller and believes the seller just wishes to pawn a lemon as a good car, the buyer will be willing to pay only the price of a lemon or simply walk away. The low trust leads the buyer to make an adverse selection.

The car market example can be generalized to other aspects of the economic life. The key here is the trust between the parties. Without trust, even if the buyer is willing to pay the price of a good car and the seller is actually providing a high-quality car, the transaction will not happen.

More broadly speaking, in a society where there is lack of trust, many socially beneficial projects cannot take place even if all the parties can potentially benefit and have the willingness to participate.

In today’s Chinese society, the regime’s credibility problem permeates almost every social incident: the 2003 SARS epidemic, the 2008 Sichuan earthquake, Beijing’s air-pollution reporting, officials’ corruption probes, and numerous local conflicts such as the Maoming PX protests. People’s distrust is rightly justified, as the regime has a track record of being dishonest.

Even worse, as the political theorist Hannah Arendt pointed out, “It has frequently been noticed that the surest long-term result of brainwashing is a peculiar kind of cynicism—an absolute refusal to believe in the truth of anything, no matter how well this truth may be established.

“In other words, the result of a consistent and total substitution of lies for factual truth is not that the lies will now be accepted as truth, and the truth be defamed as lies, but that the sense by which we take our bearings in the real world—and the category of truth versus falsehood is among the mental means to this end—is being destroyed.”

In the Maoming case, the “buyer” is the local population; the “seller” is the local government, which has much more information on the quality of the goods, that is, the environmental consequences of building such a plant.

The problem is that even if the local government wanted to be honest this time and was telling the truth—this is questionable, but let’s assume this is the case—the distrust leads to the same result.

Maoming is not the first anti-PX plant protest. In recent years, there have been a number of protests against PX plants in Chinese cities, including Dalian, Ningbo, and Kunming. For the deepened trust crisis and consequent noncooperation from the Chinese people, there seems no good medication.

Professor Akerlof proposed a couple solutions to deal with the trust problem. One mechanism is guarantees. Most consumer durables carry guarantees to ensure the buyer of expected quality. The risk is borne by the seller rather than by the buyer.

Another is association with brand names. “Brand names not only indicate quality but also give the consumer a means of retaliation if the quality does not meet expectations. For the consumer will then curtail future purchases.”

In China, there is no such a mechanism that protects people’s interests from government dishonesty. What we observed over the years is the contrary: Millions of petitioners trekked to Beijing or provincial capitals to address the injustices inflicted by local officials, only to meet with retaliation.

“Brand name” doesn’t work in this situation either. Who wants to endorse the honesty of the Chinese government? In this case, brand name actually has the opposite effect. Many wish to disassociate themselves from the Chinese government so as not to tarnish their hard-earned brand recognition.

Once a thief, always a thief, the saying goes, and the Party has surely been a thief far more than once. As a result, the cost of dishonesty is being felt even though the regime has made some efforts in the hope of gaining popular understanding: Xi Jinping’s anti-corruption campaign, the spokesperson system in various government agencies, and some officials’ flexibility in dealing with social unrest, including Maoming City government’s information drive.

But the PX boycott speaks to a cold reality. Unfortunately, at the same time, the regime continues the old-style approach to its credibility management.

Starting last year, the Party began a campaign to control online discourse. Criminal penalties are to be imposed against those who “spread rumors” on microblogs that are reposted more than 500 times or seen by more than 5,000 users. A recent case is the sentencing of an Internet blogger to three years in jail for rumor-mongering.

Of course, “rumor” is defined by the Party. So is “truth.”