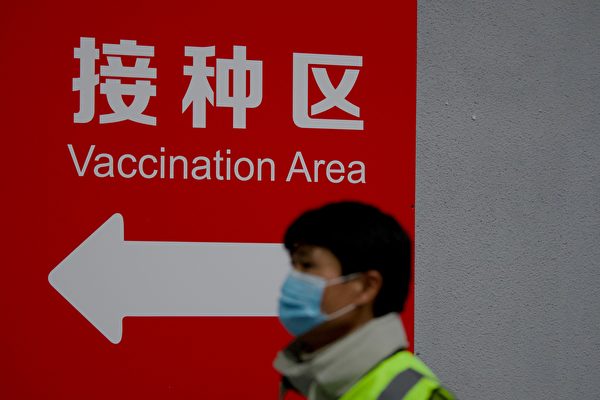 A man arrives to be inoculated with a COVID-19 vaccine at the Chaoyang Museum of Urban Planning in Beijing on Jan. 15, 2021. (Noel Celis / AFP via Getty Images)
By Alex Wu