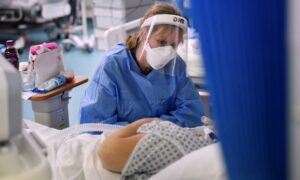 A missing 12-year-old in southwest Missouri has been found dead on Wednesday after she disappeared from a park on Monday afternoon.

Adriaunna Horton’s father, James Horton, told reporters that the 12-year-old’s body was identified on Wednesday afternoon after being found.

More than 250 people had been searching for her.

Bobby Bourne Jr., 34, was charged on August 20 for allegedly kidnapping the girl. He’s in the Barton County jail and being held with a $1 million bond, reported KY-TV.

Police officers arrested Bourne after Adriaunna’s friends said that she drove away with him, because he said he needed help finding his daughter, with whom Adriaunna played with in the past.