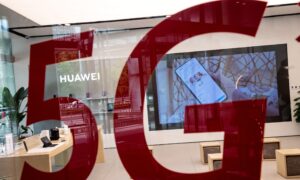 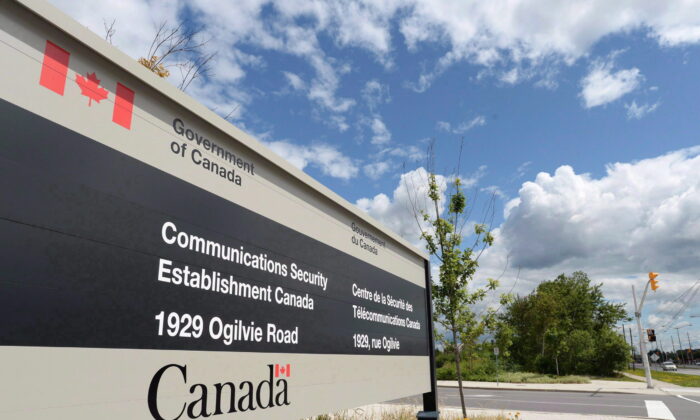 A sign for the Government of Canada's Communications Security Establishment (CSE) is seen outside its headquarters in Ottawa in a file photo. The CSE is one of Canada’s primary contributors of intelligence to the Five Eyes network. (The Canadian Press/Sean Kilpatrick)
Canada

The Five Eyes intelligence alliance has kept a low profile and endured since the Cold War, helped by its apolitical nature and the close trust of its allies. The network provides critical intelligence Canada could not obtain on its own—and there is even more to be gained by expanding it to include additional countries, says an intelligence and security expert.

As the threat from hostile actors like China and Russia increases, the Five Eyes—Australia, the United Kingdom, New Zealand, the United States, and Canada—is seeing its value grow.

The Five Eyes—or FVEY—has adapted to many other areas of intelligence and national security andGreg Fyffe, a senior fellow at the University of Ottawa’s Graduate School of Public and International Affairs (GSPIA) and president of Canadian Association of Security and Intelligence Studies, says expanding the Five Eyes would produce greater benefits to Canada than just maintaining a network of bilateral relationships with countries outside the alliance.

“There are many advantages for an expanded FVEY sharing arrangement for all participants,” he said during a Twitter conference “Understanding the Five Eyes” hosted by the Centre for International Policy Studies (CIPS) at the University of Ottawa on Sept. 30.

“This is certainly true for Canada. We have every reason to expand our intelligence relationships, and it would be easiest to pursue if it were a common Five Eyes strategy,” Fyffe said.

“Adding the intelligence perspective of countries such as Germany, France, Japan, Singapore, South Korea, and many others, could generate more information on national strategies to reinforce the rules-based international order,” he said.

The Five Eyes relies on U.S. security standards for clearances, secure communication equipment, and distribution of materials. It has evolved to be extremely efficient at sharing large volumes of information within its network.

Fyffe suggests gradual steps toward expanding FVEY such as specific invites and distribution of a limited range of intelligence. A long history of trust, common culture, and values exists between the FVEY partners.

In Wake of Lost UN Seat, Canada Should Align With Traditional Allies

Wesley Wark, a visiting professor at the University of Ottawa and expert on national security, intelligence, and terrorism, noted that FVEY has become a forum to tackle the security issues “not just at the level of intelligence officials but increasingly in senior political gatherings.”

The result is more meetings on more topics, he tweeted.

“The Five Eyes partnership appears to have morphed from a strictly intelligence alliance into a grand political coalition. Five Eyes has become a G5.

“For Canada this development brings some potential advantages. It may heighten the relevance of intelligence to Canadian policy making and may provide a broader forum for working out global policy initiatives with the U.S.,” Wark added.

Steven Loleski of the University of Toronto said during the conference that FVEY will play a greater role in addressing challenges and controversies that come up from the rising power competition over critical technologies, such as those relating to cyberspace, spying, and global communications.

The Five Eyes is a relatively understudied and secretive intelligence alliance that is being relied upon increasingly in the face of threats from China and Russia. It is lower profile than NATO and politicians rarely come together as representatives of FVEY, Fyffe explained in a 2019 paper “Canada and the Five Eyes Partnership: Looking Ahead.”

“Political backing for the partnership has been strong,” Fyffe wrote.

Canada’s role in FVEY is mainly signals intelligence, technical expertise, and linguistic capabilities as it is the only country with French also being an official language.

“Canada’s early role was to develop a capability in the field of Arctic intelligence gathering, focussing on northern Russian military and industrial activities,” Wark said.

Canada’s challenge has been to continue to make a strong contribution, Fyffe said, but it has been doing its part primarily through the Communications Security Establishment.

The conference’s moderator Srdjan Vucetic, assistant professor from the University of Ottawa’s GSPIA, described FVEY as now focused squarely on China as it once used to be on the Soviet Union.

The Huawei technology for 5G infrastructure issue, stemming from an increasingly aggressive China, is arguably the most topical issue for Canada in the FVEY.

Thus far Australia has most closely mirrored the U.S. lead on banning Huawei from its 5G infrastructure. The U.K. is taking steps to diminish the presence of the Chinese telecommunications firm from its 5G networks after U.S. reprisals, while New Zealand—the smallest and most vulnerable of the FVEY—has not banned Huawei for good, though it was not used in the early stages of its 5G rollout.

Canada is yet to make a decision on the subject.

As FVEY continues to adapt to the China threat, four of its members—other than the United States—are seeing pockets of growing support for stronger ties with each other through CANZUK, a non-profit advocacy organization.

CANZUK International founder and chief executive James Skinner told The Epoch Times that the organization is also a counter-force to China and the three main pillars it promotes—migration, free trade, and foreign policy coordination—are complementary to FVEY’s development.

There is currently little overlap in specific areas of foreign policy focus between CANZUK and FVEY.

“If CANZUK was to come together further and perhaps do joint military operations and improve its relationships, improve its capabilities with the Five Eyes intelligence alliance, I think China would certainly see that as a threat going forward,” Skinner said.

Fyffe says there is a case for expanding the Five Eyes, but the danger to the partnership is anything that would cause public attention and debate. Thus, flying under the radar—so to speak—is its best way to thrive.