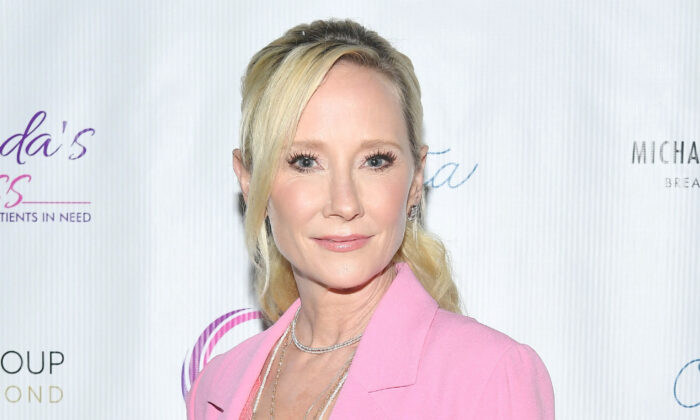 Actress Anne Heche has slipped into a coma and is in critical condition following an accident in which she drove her vehicle through a home in Los Angeles, a spokesperson has confirmed.

A spokesperson told the PA news agency: “Previous reports stating that Anne Heche was stable were inaccurate. Shortly after the accident, Anne became unconscious, slipping into a coma and is in critical condition.”

The statement continued, “She has a significant pulmonary injury requiring mechanical ventilation and burns that require surgical intervention.”

The spokesperson’s comments contradict earlier reports that Heche was in a stable condition.

“Her family and friends ask for your thoughts and prayers and to respect her privacy during this difficult time,” she said in a statement.

Emmy award-winner Heche, 53, was hospitalized after crashing her blue Mini Cooper into a house in the Mar Vista section of Los Angeles’s Westside shortly before 11 a.m. on Aug. 5.

After plowing the car into the property, the vehicle burst into flames and prompted a heavy fire that took nearly 60 firefighters more than an hour to put out, the Los Angeles Fire Department said.

The Fire Department’s official Twitter account noted that one person, who was critically injured, was rescued and hospitalized.

No one inside the home was hurt, according to multiple reports, and no arrests have been made, however police are still investigating the circumstances of the incident.

Los Angeles Police Officer Annie Hernandez told the Los Angeles Times that detectives had obtained a search warrant for Heche’s blood at the hospital to determine whether she was under the influence of alcohol or drugs at the time of the incident.

The Epoch Times has contacted Los Angeles Police for comment.

Shortly before the crash, Heche had purchased a red wig at Glass Hair Design in Venice.

The salon owner Richard Glass posted a photo of himself alongside Heche—and the wig—on his Instagram account on Monday and told the Los Angeles Times that she had acted like “a sweet little girl” and had been “very pleasant” when she entered his store on the day of the accident.

Ohio native Heche rose to prominence for her Emmy-winning work on the NBC daytime television drama “Another World” from 1987 to 1991 and starred in a string of films including “Six Days Seven Nights,” “Wag the Dog,” “Cedar Rapids,” and “Donnie Brasco.”

She also starred in the HBO series “Hung.”

The actress was in a relationship with actor James Tupper, her co-star in the short-lived TV show “Men in Trees,” for over 10 years until they split in January 2018.

Following reports of her accident, Tupper took to Instagram to share a photo of Heche and the 13-year-old son Atlas they share, alongside which he wrote: “Thoughts and prayers for this lovely woman, actress, and mother tonight Anne Heche. We love you.”

Heche is also mom to son Homer, 20, from her marriage to cameraman Coleman Laffoon.