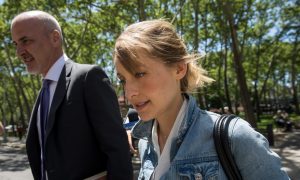 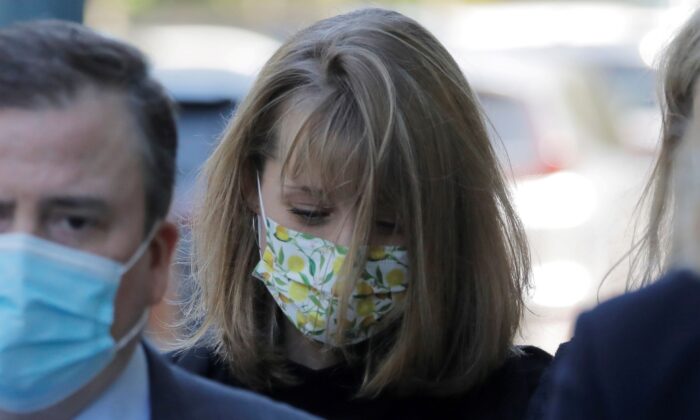 Allison Mack, known for her role in the TV series 'Smallville', arrives with her lawyers to be sentenced for her part in NXIVM cult, at United States Federal Courthouse in Brooklyn, N.Y., on June 30, 2021. (Andrew Kelly/REUTERS)
Judiciary

Mack, 38, was sentenced by U.S. District Judge Nicholas Garaufis in Brooklyn. She pleaded guilty in 2019 to racketeering and conspiracy.

Before being sentenced, Mack tearfully apologized to her victims and her family, calling her actions “abusive, abhorrent, and illegal.”

Former members testified at NXIVM leader Keith Raniere’s trial that he established a secret sorority within the group in which women were kept on starvation diets, branded with Raniere’s initials, and in some cases ordered to have sex with him.

Leaders of the group, including Mack, were said to use nude photos and other compromising materials to coerce members into complying. In her guilty plea, Mack admitted that she coerced two unnamed women into doing work for the group by threatening to release damaging information about them.