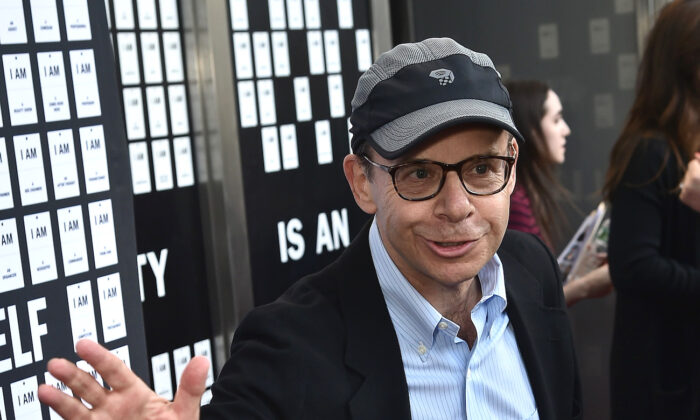 Actor Rick Moranis was attacked in what appears to be an unprovoked assault by an unknown suspect wearing an “I love NY” hoodie in New York’s Upper West Side.

Moranis, who starred in “Ghostbusters” and “Honey I Shrunk the Kids,” was punched in the head around 7:30 a.m. on Friday, police said. The incident took place at Central Park West near 70th Street.

Police released surveillance video of the assault, but did not explicitly say Moranis was the victim because of privacy concerns. Police described the incident as a “random unprovoked assault.”

Security video footage showed that a man approached Moranis and hit or shoved him, knocking him to the ground. The suspect, who was wearing a dark “I love NY” hoodie, then continues to walk away. The 67-year-old actor did not appear to have any time to respond to the threat of attack.

Moranis’s representative, Troy Bailey, said in a written statement Friday: “Rick Moranis was assaulted on the Upper West Side yesterday. He is fine but grateful for everyone’s thoughts and well wishes.”

Police said that Moranis went to the hospital reporting pain in his head, back, and hip. He later walked to the 20th police precinct to report the incident. Officer Jonadel Dorrejo told CBS New York the actor “just wants to stay home. He just wants to recover and he just wants peace of mind.”

Actor Ryan Reynolds wrote, “Should have known not to subject Rick to the year 2020. Glad to hear he’s okay.” Moranis recently appeared in a commercial with Reynolds for Mint Mobile.

Writer-director Judd Apatow also wrote, “This the worst news of the last two days … This is why Rick Moranis avoided our country for decades. I guess he was right all along. We don’t deserve him.”

The Canadian actor has taken a long break from acting since 1997 after his wife’s death from cancer in 1991, opting to dedicate time to his two children.

He is known for his participation in the sketch comedy series Second City Television in the 1980s, as well as for several Hollywood films, including “Ghostbusters,” “Honey I Shrunk the Kids,” “Little Shop of Horrors,” “Parenthood,” and “The Flintstones.”

While Moranis hasn’t appearred in live action films for over two decades, he has, during that time, provided voice-over work, released comedy albums, and appeared at certain fan conventions.

He will be making a brief return to live action films, reprising his role as the mad scientist in “Honey I Shrunk the Kids,” in a new sequel called “Shrunk.”

Anyone with information about the incident is being asked to call the NYPD’s Crime Stoppers hotline at 1-800-577-TIPS (8477). You can also send @NYPDTips a direct message on Twitter, or submit a tip on their website, crimestoppers.nypdonline.org. All calls are confidential.