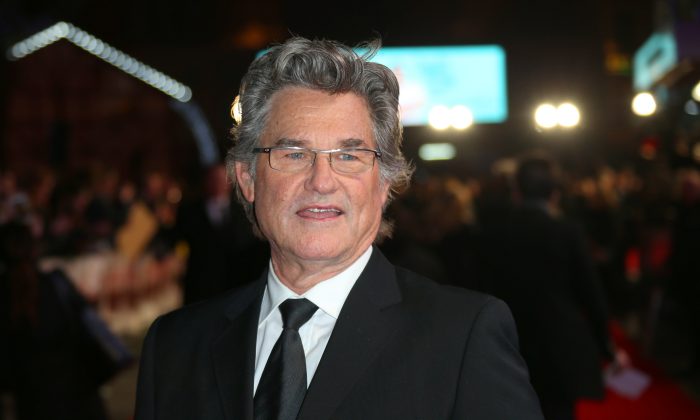 Kurt Russell poses for photographers upon arrival at the premiere of the film 'The Hateful Eight' in London, Thursday, Dec. 10, 2015. (Photo by Joel Ryan/Invision/AP)
Entertainment

After reporter Jeffery Wells asserted that most Americans fear mass violence is becoming a “day-to-day” occurrence and that stricter gun laws are needed, Russell said he doesn’t “understand the concepts of conversation” about “the gun culture.”

But Russell decided to voice his opinion after Wells said that guns are a “metaphor that disenfranchised white guys need.”

“If you think gun control is going to change the terrorists’ point of view, I think you’re, like, out of your mind. I think anybody [who says that] is. I think it’s absolutely insane,” Russell said.

“Dude, you’re about to find out what I’m gonna do, and that’s gonna worry you a lot more. And that’s what we need. That will change the concept of gun culture, as you call it, to something [like] reality. Which is, if I’m a hockey team and I’ve got some guy bearing down on me as a goal tender, I’m not concerned about what he’s gonna do — I’m gonna make him concerned about what I’m gonna do to stop him. That’s when things change.”

Wells responded, saying that the people who are put on the no-fly list are there for a “good reason” but noting that they can still get guns “pretty easily.”

Wells argued that the San Bernardino terrorists didn’t use cars, but Russell said that previous terrorists have utilized vehicles as weapons.

“But they’ve killed others that way, haven’t they?” he said. “Yeah, yeah. Whaddaya gonna do? Outlaw everything? That isn’t the answer.”