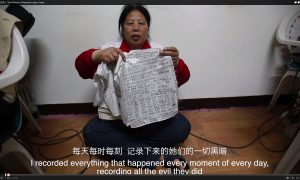 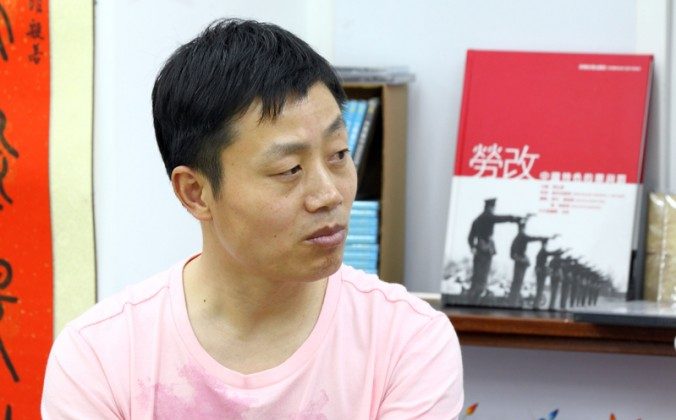 Du Bin on April 27 at a book store in Hong Kong, for the first public screening of his documentary "Women Above Ghosts' Heads." Du was recently released and escorted home by police. (Pan Zaishu/The Epoch Times)
China

Human rights activist Du Bin was released on July 8, according to updates on Twitter from his sister and from a fellow activist.

At 10 p.m. local time, Hu Jia, a well-known dissident in China, posted on Twitter that Du Bin went home and hugged his girlfriend, while being escorted by three policemen.

Hu posted on Twitter at 8 p.m. that Du Bin had called his girlfriend saying that police would be escorting him home shortly.

Du Jirong, the activist’s sister, posted on Twitter also at 8 p.m. that Du Bin had just called her. She thanked everyone who had followed Du Bin’s story. “Your concern and support got me through many tough days and nights, thanks!”

The 41-year-old photographer and filmmaker disappeared at the end of May, a few weeks after the release of his documentary, Women Above Ghosts’ Heads, about human rights abuses in the Masanjia Women’s Labor Camp, in the northeast of China. One of Masanjia’s major targets is practitioners of Falun Gong, a spiritual discipline persecuted by the Communist Party since 1999.

That film, and a book that Du Bin authored about the Tiananmen Massacre, along with other activist work, are believed to have led to the arrest. Police charged Du for “disturbing the public order” in June.

Du’s sister at one point protested his detention by holding up a placard stating, “Du Bin is innocent,” while standing outside a local security bureau in Beijing.

She frequently tweeted about her brother’s status. On June 17, she wrote on Twitter that he was well-off and even gave advice to other prisoners, saying that “prison is a life experience.”