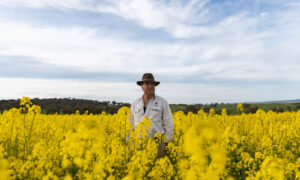 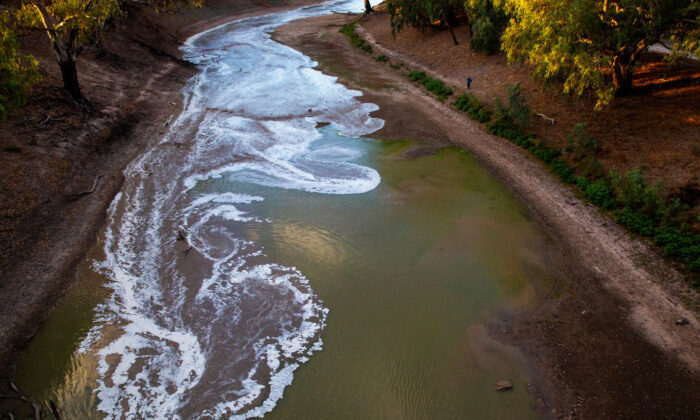 A new flow is seen meeting pools of green water along the Darling Barka river, as a flow of water arrives from upstream on February 24, 2020 in Louth, Australia. (Jenny Evans/Getty Images)
Australia

An independent agency should be established to oversee trading activity in the water markets for the Murray-Darling Basin, according to the Australian Competition and Consumer Commission (ACCC).

It’s one of the 29 recommendations made by the consumer watchdog in its 700-page final report (pdf) of the Murray-Darling Basin water markets inquiry.

Prime Minister Scott Morrison called for an inquiry into the Murray-Darling water markets in 2019 after wide-spread anger from the local farmers surrounding price concerns during the drought. The inquiry’s recommendations aim to improve current trade arrangements, increase market governance and information flow, and strengthen market design.

ACCC Deputy Chair Mick Keogh said that until now, the Basin’s systems and governance had been designed around protecting the environment rather than providing an efficient working market.

“There has been a lack of attention to ensuring water trading markets are working fairly and efficiently,” Keogh said in a statement. “With an annual average value of more than $1.8 billion per year, water markets in the Murray-Darling Basin are now of a scale that warrants serious and focused attention.”

The inquiry found that the current water market was extremely complex to navigate, had inconsistent trade processes between states, lacked regulation and transparency, and lacked centralised legislation that prohibited trading misconduct.

These factors contributed to a lack of trust in the market by traders, discouraging participation.

Due to the lack of trust, many local traders also believed large investors were manipulating the market through price manipulation, insider trading, and collusion. However, ACCC found there was no evidence of such misconduct.

“Inevitably, this lack of trust will inhibit efficient investment in agricultural production in the Basin, to the detriment of all Australians,” Keogh said.

“The ACCC’s recommendations will help to build trust and market efficiency by strengthening market integrity, improving transparency and information, improving trade services and better aligning market rules and arrangements with the physical characteristics of the river system,” he said.

The proposed Water Markets Agency is at the heart of addressing the majority of concerns raised by users with the ACCC recommending that the agency help users navigate the market, ensure markets are operated fairly, and provide advice to the government from a market-focused perspective.

Keogh said despite analysing eight million transactions in the market between 2012 and 2019; it was difficult for the inquiry to understand market trends due to a lack of clarity in the data.

To address this and the user’s lack of trust in the market, the ACCC suggested introducing new legislation prohibiting market manipulation and enable the agency to administer and enforce the legislation allowing the Water Agency to pursue any action against misconduct when identified.

Water Minister Keith Pitt said the government was already working on addressing the ACCC recommendations, including a $5.4 million investment into a single water information platform.

“We will also be developing new legislation to strengthen compliance and establish a statutory position of Inspector-General of Water Compliance Bill,” Pitt said.