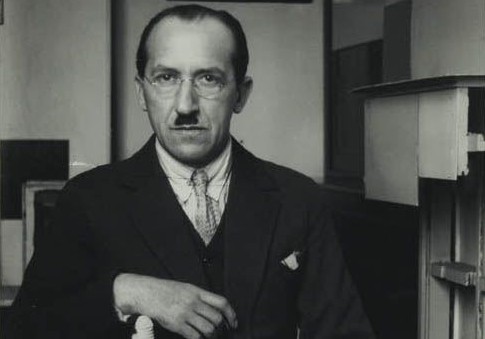 Abstract Art Is an Absurd Inversion of American Values

Perhaps the oddest twist in the history and mythology of abstract art was the U.S. State Department’s advocacy of abstract expressionist work—from Jackson Pollock’s notorious “drip” paintings to Mark Rothko’s canvases of colored rectangles. In the Cold War struggle against communism in the 1950s, the CIA actively promoted such work as representative of individual freedom, sponsoring exhibitions across Europe. That political and cultural development was ironic on several levels.

To begin with, the American critics and scholars who had been the influential early champions of abstract art had had strong communist ties, however loosened or played down they were in later years. Both the critic Clement Greenberg and the art historian Meyer Schapiro published their first essays promoting abstract work in communist-inspired journals such as The Marxist Quarterly and Partisan Review. Moreover, the abstract expressionists themselves were strongly leftist in their sympathies, often being quite vocal in their condemnation of what they called bourgeois values, capitalism, and the American way of life.

On a deeper level, advocating abstract painting as a haven of personal expression fundamentally misrepresented the mindset that had led the pioneers of abstract art to take the unprecedented step of abandoning representation in the first place. Far from seeking to express their individualism, the abstract pioneers were profoundly, even metaphysically, collectivist in their outlook. In art as in society and politics, they explicitly advocated the eventual obliteration of everything “individual.”

Piet Mondrian, for example—who achieved fame with his brightly colored, gridlike compositions—envisioned a radically new art and life for mankind. It required avoiding “express[ing] something ‘particular,’ therefore human.” We can then “create a direct expression of beauty,” he argued, “a beauty without natural form and without representation.”

Mondrian also adamantly denied the significance of the personal “hand of the artist.” His fellow abstract pioneer Wassily Kandinsky likewise rejected “the personality, individuality, and temperament of the artist.” In light of all this, it seems folly indeed to regard the abstract expressionists’ various “signature styles”—from Pollock’s “drip” paintings to Rothko’s “multiform” rectangles—as ultimate expressions of individualism. Yet that is precisely what was done by champions of abstract expressionism oblivious of the early history of the abstract movement.

Finally, the importance officially conferred by the State Department on unintelligible abstract work subtly, if unwittingly, undermined the commonsense attitude that has been a prime virtue of American society. From the outset, abstract artists declared that their work would be beyond the understanding of most people. The abstract pioneers actually professed to belong to a spiritual elite endowed with psychic powers not yet attained by most mortals! As Kandinsky put it, they were “solitary visionaries” doomed to be abused as charlatans and madmen until their fellow men had evolved sufficiently to ascend to their lofty plane. Similarly, the modernist intellectuals who have adamantly defended abstract work as high art have smugly deprecated the ordinary philistines who fail to appreciate such work.

Michelle Marder Kamhi co-edits Aristos (An Online Review of the Arts) and is the author of “Who Says That’s Art? A Commonsense View of the Visual Arts” (Pro Arte, 2014), from which this article is adapted.