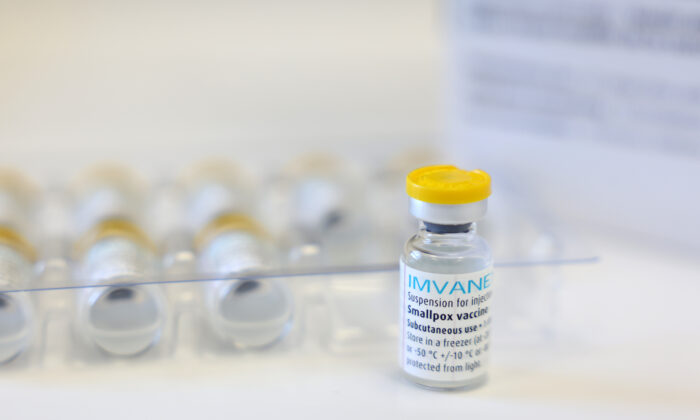 About 1,700 People in France Infected With Monkeypox: Minister

PARIS—About 1700 people had been infected with monkeypox in France, Health Minister Francois Braun said on Monday.

Braun said the government so far had opened about 100 vaccination centers for monkeypox and that more than 6,000 people have received a preventive vaccination.

Braun called on patients who have lesions or other symptoms to self-isolate as soon as possible.

Braun said he did not see a major threat for the general public and said the government would focus its vaccination campaign on target groups considered the most at risk.

“The profile (of the patients) is that they are mainly men who have had sexual relations with other men, but one can also be infected by contact with a patient’s blisters,” Braun said in an interview with BFM TV in which he gave the number of infections.

Most of the infections have taken place in the Paris region, he said, adding that a dedicated major vaccination center would open in Paris this week.

The World Health Organization said on Saturday that the rapidly spreading monkeypox outbreak represents a global health emergency. So far this year, there have been more than 16,000 cases of monkeypox in more than 75 countries, and five deaths in Africa.

The viral disease has been spreading chiefly in men who have sex with men in the recent outbreak, outside Africa where it is endemic.