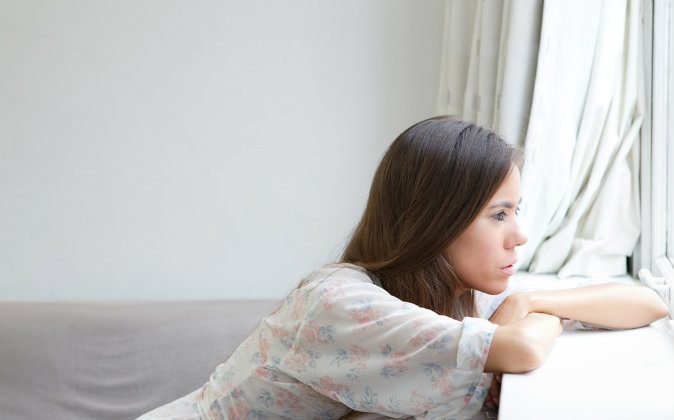 The cumulative data from tens of thousands of trials shows it is extremely likely that humans (and perhaps animals) have the ability to sense when someone is looking at them, according to Dr. Dean Radin.

Having analyzed 60 well-supervised experiments by various scientists, Radin concluded that, overall, the subjects were able to sense when they were being watched 54.5 percent of the time, where chance expectation is 50 percent. The consistency of results across a huge number of tests done under a variety of circumstances balloons this divergence from chance to great proportions: “The overall odds against chance are a staggering 202 octodecillion (that’s 2 x 1059) to 1,” Radin wrote in his book “Entangled Minds: Extrasensory Experiences in a Quantum Reality.”

Radin is the chief scientist at the Institute of Noetic Sciences, a nonprofit research organization that focuses especially on consciousness, and adjunct faculty in the department of psychology at Sonoma State University. He received a PhD in psychology and an MS in electrical engineering from the University of Illinois. He has held appointments at Princeton University, among other universities, and at several Silicon Valley think-tanks.

Dr. Rupert Sheldrake has also analyzed studies and conducted his own on the phenomenon. Sheldrake has a Ph.D. in biochemistry from Cambridge University and he studied philosophy and history of science at Harvard University. In surveys across Europe and North America, found Sheldrake, between 70 and 97 percent of people reported experiencing this phenomenon.

Anecdotally, detectives, celebrity photographers, and hunters, all told him they believe in this ability.

For example, a narcotics officer said that when police are watching a criminal, the criminal often seems to know: “We often have someone look right in our direction even though he can’t see us. A lot of times we’re inside a vehicle.” Some oriental martial arts schools teach students to heighten their awareness of when someone is watching them from behind, noted Sheldrake in his paper “The Sense of Being Stared At.”

When people are being watched through closed-circuit television (CCTV), their physical responses have also been measured. Sheldrake described tests measuring galvanic skin response, as in lie-detector tests. Thus, not all experiments depended on the test subjects’ reporting whether they felt someone staring or not. In these CCTV tests, the physical responses were measured, showing a correlation to whether someone was staring at the test subject.

Some of the experiments in which the subject reported whether he or she felt the staring went something like this: John sits behind Jane and flips a coin to decide whether or not to look at Jane; Jane reports whether she feels John looking at her or not. Some experiments occurred through windows and at various distances.

Critics have replicated these experiments with success, initially, then tried again and failed to obtain positive results. Sheldrake looks at the tests by four scientists with the Committee for Skeptical Inquiry (formerly known as the Committee for the Scientific Investigation of Claims of the Paranormal, CSICOP). He suggests that their failure to replicate his results has to do with the interference of their own expectations.

Sheldrake wrote: “Interestingly, the research initiated by all four CSICOP fellows, Robert Baker, David Marks, Susan Blackmore, and Richard Wiseman, gave positive results to start with. Baker, Marks, and Wiseman then reacted to their positive findings in a similar way. First they tried to dismiss the results as artifacts. Then in follow-up experiments, they themselves, or their colleagues, did all the staring [as opposed to test subjects], achieving the non-significant results they expected.”

Radin addressed the criticism that positive results may be obtained through selective reporting.

Failed experiments may not have been published, creating what is known as the file-drawer effect. With only successful experiments published, the overall results may be skewed.

But according to Radin’s calculations, in order to make a dent in the statistics showing that people are capable of detecting someone staring at them, there would have to be 1,417 studies without significant results in the file drawer.

“This is most implausible,” Radin wrote, “so selective reporting cannot explain the results.”

Some pet owners say when they stare at their pets, the animals wake up. (Shutterstock)

A study by Gerald Winer at Ohio State University found that 34 percent of adults report having sensed when an animal was looking at them. About 50 percent believed animals could sense when humans are looking at them.

Sheldrake noted that this would be a useful sense for survival, helping an animal avoid predators. He also noted that many pet owners feel they’re able to wake their pets up by staring at them. Hunters told Sheldrake they have both felt the stare of animals and they believe staring at an animal for a long period of time makes the animal more likely to sense their presence.

*Image of woman staring out a window via Shutterstock