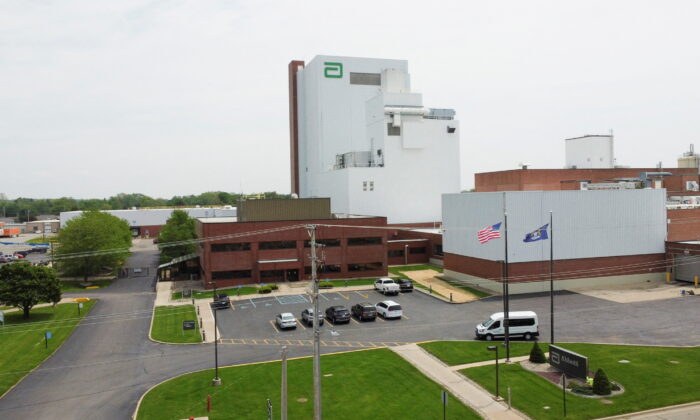 The Abbott Laboratories facility in Sturgis, Mich., on May 20, 2022. (Eric Cox/Reuters)
US News

Abbott Laboratories has reopened its Sturgis, Michigan baby formula plant, which was shut last month due to heavy rains, a company spokesperson told Reuters on Saturday.

The company which has been at the center of a baby formula shortage in the country had shut down the plant in February and recalled its infant formula products, including Similac, after reports of bacterial infections in babies who had consumed products made at the facility.

Before the recall, Abbott controlled 40 percent of the infant formula market. The plant closure led to a country-wide baby formula shortage.

Abbott briefly reopened this plant early last month but had to shut it down after about two weeks due to thunderstorms and heavy rains.