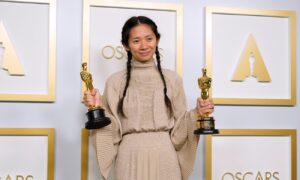 Paul seemed to confirm the news with a tweet captioned, “I feel like I’m in a dream Dolores. Can you wake me up from this dream? #Westworld” on Sept. 13.

I feel like I’m in a dream Dolores. Can you wake me up from this dream? #Westworld pic.twitter.com/tmjGQA2kq8

One of the leading actors of “Westworld,” James Marsden, already recently announced that he will co-star in Netflix’s dark comedy series “Dead To Me.”

This implies that Marsden will be leaving “Westworld,” and it is expected that Paul will be a regular in it.

More details about Paul’s character and “Westworld” season 3 premiere date are yet to be announced.

Paul won three Emmys for his outstanding supporting role, Jesse Pinkman, in “Breaking Bad” in 2010, 2012, and 2014. Initially, this role would only last one season, but the series creator Vince Gilligan changed his mind after seeing Paul’s performance.

Paul has wanted to be an actor since he was in the eighth grade. He moved to Los Angeles after high school and took part in many TV series and movies. Among which, he is more famous for Hulu’s “The Path” (2016-2018). He will also show up in Apple’s upcoming anthology series, “Are You Sleeping?” which is scheduled to air in 2019.