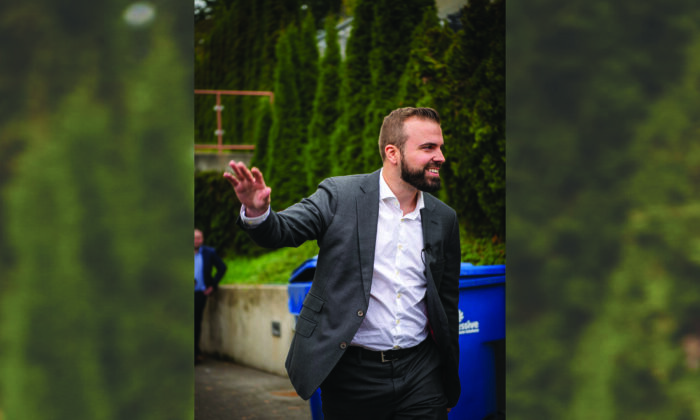 As the BC Liberals mull over whether to allow conservative activist Aaron Gunn to enter its party leadership race, one has to wonder if there is a home for true blue conservatives in any mainstream parties anymore.

For those unfamiliar with B.C. politics, the British Columbia Liberal Party is not affiliated with the federal Liberal Party in any way. The Social Credit Party of B.C. represented conservatives until it collapsed in a scandal-plagued wreck at the beginning of the 1990s. This led to an NDP majority government in 1991.

The Conservative Party of B.C. has been insignificant since the 1970s and was unable to capitalize on the Social Credit implosion. The B.C. Liberals took a turn to the right under Gordon Campbell’s leadership in 1994 and became a big-tent party. It took two elections, but the party won in a landslide under Campbell in 2001, taking 77 out of 79 seats in B.C.

The marriage between small-c conservatives and centre-right conservatives paid off until Christy Clark took the leadership of the BC Liberals in 2011 with a mandate to pull the party to the left. Liberal support continually declined until 2017 when the NDP won a minority government. Clark resigned her leadership and was replaced by Andrew Wilkinson, who led the Liberals to a disappointing loss in a 2020 snap election. The NDP now has a majority government in B.C. and Wilkinson has resigned, triggering the current BC Liberal leadership race.

The Liberal Party of B.C. needs to chart its course in this race. It can choose between returning to the inclusive, big-tent approach that had served it so well in the past, or it can narrow its reach and shut out differing views. Prospective leadership candidate Aaron Gunn has become the focus of an ideological battle taking place within the party. I have to say prospective because his candidacy has yet to be approved by the party’s Leadership Election Organizing Committee. There is pressure being applied to prevent Gunn from even entering the race, and the party is divided on the issue.

Gunn is a young conservative activist who makes no bones about his small-c conservative values. He has a formidable social media following, with hundreds of thousands subscribing to his YouTube channel along with other social media platforms. He was active with the Canadian Taxpayers Federation and with the group “BC Proud.” With such a prolific online presence, it shouldn’t be hard to find signs of extremism on Gunn’s part in his internet history. I couldn’t find anything significant.

Gunn’s detractors are making claims that are all too familiar these days. They have called him a homophobe and a racist, but their evidence is rather thin. We have to look at the motivations of Gunn’s opponents in order to get to the true root of what is happening.

One NDP MLA tweeted what he felt was a smoking gun when he found that Gunn had dared to retweet an article by Jordan Peterson. Rather weak. The NDP of course wants to foster division among the Liberals any way it can, and it is using this race for that purpose.

BC Liberal leadership candidate Michael Lee wants Gunn banned from the race. Is this because Lee thinks that Gunn is wrong for the role or that he simply wants the party to shut out a competitor on his behalf?

MLA Ellis Ross is another BC Liberal leadership candidate but is standing up for Gunn’s right to run. Ross is a man of First Nations background, and I suspect he wouldn’t be standing up for Gunn if he thought Gunn was a frothing racist. Ross is principled and wants to defeat Gunn democratically.

Having a big-tent party means sharing space with views and voices that you don’t agree with. It’s not easy to do but it has to be done. If Gunn’s views are truly on the fringe, they will only garner a small percentage of the vote in the leadership race. The party can then confidently say that the members don’t support those views. If Gunn’s views do resonate with a significant portion of the members, the party will know that they need to respectfully accommodate that wing of the party.

If the BC Liberal Party refuses Gunn’s leadership bid, it will divide the party. The messaging will be that there is no longer any room for traditional conservatism within the party. If this sounds familiar, it’s because it is much like the approach the Conservative Party of Canada took upon Erin O’Toole’s assumption of the leadership. How well did that all turn out?

The Liberal Party of B.C. is at a crossroads. If it won’t even allow Gunn to run, we can rest assured that the B.C. Conservative Party will grow while the B.C. NDP enjoys a comfortable lead among a split electorate. Driving conservatives out of parties has proven to be a poor electoral strategy over and over again.