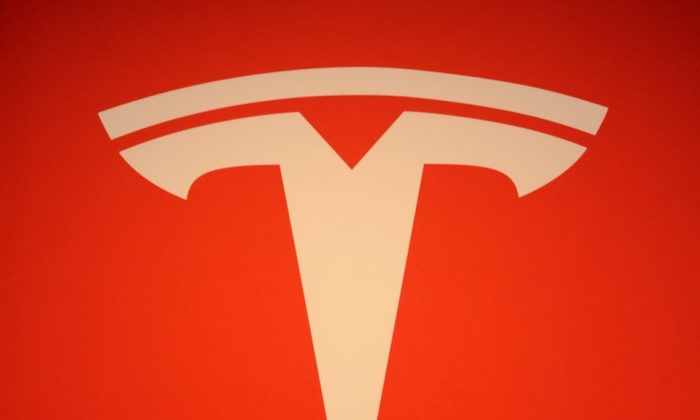 Tesla Motors' Model S is displayed at the company's headquarters in Palo Alto, Calif. in May 2010, prior to the announcement of the automaker's partnership with Toyota to make electric cars in California. (Justin Sullivan/Getty Images)
Business

A ‘Year of Two Halves’ for Tesla Motors

NEW YORK—Electric car maker Tesla Motors Inc. reported a first-quarter loss this week, but there was no shortage of optimism, as the automaker announced that the much-anticipated Model S sedan will arrive early.

The company described 2012 as a “year of two halves” in a conference call with Wall Street analysts on Wednesday. The Palo Alto, Calif.-based automaker is gearing up to begin selling its Model S all-electric sedan in June, a month earlier than originally planned.

Tesla expects 90 percent of the revenues to come from Model S after its release. The sales of the company’s only current model, the Roadster, have sagged in the recent quarter.

The automaker has completed nearly all of its regulatory requirements on Model S, and the reservation list for the sedan has topped 10,000 cars.

“We have all of the factory machinery in place, and we have the vast majority of the tooling in place,” said CEO Elon Musk on Wednesday in reference to Tesla’s factory preparations.

“Tesla is entering one of the riskiest moments of its company’s history, so anything that supports an on-time launch should be viewed with some relief,” wrote Morgan Stanley research analyst Adam Jonas in note.

The automaker estimates full-year revenues in the range of $560 million to $600 million in 2012. It raised its low-end estimates by $10 million—from an initial estimate of $550 million—after announcing the new timetable for Model S’s release.

Tesla lost $89.9 million, or $0.86 per share, in the first quarter, a bit worse than analysts’ consensus estimates as polled by Thomson Reuters.

The company forecasts that second-quarter results will be roughly in line with those of the first quarter.

Tesla’s powertrain business is thriving, as the company has begun deliveries of all-electric powertrain components to Toyota Motor Corp. as the official powertrain supplier to the new RAV4 EV SUV.

The powertrain sales are part of the company’s alliance with Toyota. Toyota showed off the new SUV earlier this week. According to Musk, Toyota will wait to test the market before ordering more powertrain components from Tesla, but the company is hopeful that RAV4 EV will do well.

“I think the reaction to the RAV4 is going to be quite positive. In this car is amazing acceleration and handling,” Musk said during the call.

Tesla has been a pioneer in the electric vehicle market. It received a $465 million loan from the U.S. government in 2009 as part of its support for alternative energy industries, and in 2010, it filed its initial public offering of stock. The company’s shares (NASDAQ:TSLA) are up 15.4 percent so far this year.