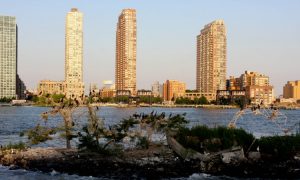 The Flow of Time on the East River
0 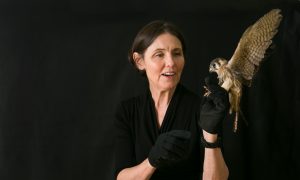 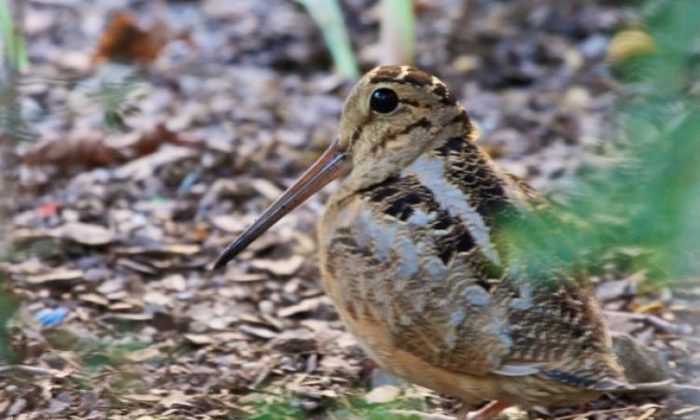 NEW YORK—Hilary Salk walked through Bryant Park on her customary Monday morning bird-watching excursion. She raised her binoculars to spot one of the first veery thrushes of the season. If the binoculars didn’t do it, the humming-bird backpack gives her away as a bird lover.

“New York City is one of the best places in the state to see the migratory birds, because they have very, very few places to land. They fly along the coast, at night mostly and they’re starved so they look down for any green, and I guess this is green enough,” said Salk, looking around at the rows of sycamore. She is a seasoned bird-watcher of 30 years and counting.

“You see them in a concentration here that you wouldn’t see in a place with lots and lots of green,” she noted.

Gabriel Willow is an Audubon guide who works with the Bryant Park Corporation on Monday mornings and Thursday evenings to educate New Yorkers about their feathered neighbors and guests.

“I think I have a great niche here, that is, exposing people to unexpected wildlife,” said Willow. A small group of avid bird-watchers, also known as birders, followed him Monday morning from 8 a.m. to 9 a.m., some of them popping in for a little glimpse of nature on their way to work.

The city’s birders flock to the larger tracts of wild habitat like Central Park, Prospect Park, or Jamaica Bay in Queens, but Willow said even in Midtown Manhattan, on the small strip of green known as Bryant Park, a wealth of bird species can be found. Woodpeckers, thrushes, wrens, and warblers—the birders enjoyed the songs and gestures of the various birds they have come to know so well.

Some rarer sightings caused a stir of excitement.

Just east of the carousel, Willow spotted a marsh wren—standing only about an inch and a half high, the bird danced lightly through the sprawling ivy. The small, brown bird had a dark cap, bold black and white streaks on the back, and a whitish crest. It’s the first time Willow has seen the bird away from its marshy home.

The previous week brought the birders a rare delight in Bryant Park, an American woodcock sighting.

“A guy was sitting there saying, ‘Seeing a lot of pigeons, aren’t you?'” recalled Salk. Even the peanut gallery was impressed by the long-beaked wonder that arrived on the scene. The American woodcock is a plump, speckled bird with a beak twice as long as its head. Birders go to Jamaica Bay to hear its mating call at dusk, explained Salk.

Spring is a special time for birders, with so many different species coming through the city on their coastal migration, and also with the spectacle of mating rituals and calls. The call of the hermit thrush is Willow’s favorite. Several of the thrushes sang their “ethereal song,” on Monday as a migrating flock stopped in the park for a rest.