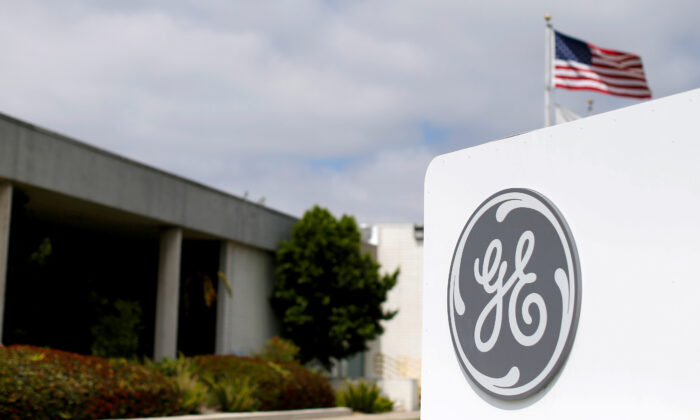 The logo of General Electric is shown at their subsidiary company GE Aviation in Santa Ana, Calif., on April 13, 2016. (Mike Blake/File Photo/Reuters)
US News

General Electric Company shares pulled back 1 percent on Wednesday after rallying on Tuesday following news the company is planning to break into three different entities.

GE announced it will divide into three different companies focusing on aviation, health care and energy. GE is hoping the split will allow the company to unlock value for investors after shares have lagged the market for more than 20 years.

GE said it plans to spin-off its health care unit by early 2023 and its energy unit by early 2024. GE has been selling off assets and attempting to improve its bloated balance sheet for several years now. Earlier this year, GE sold its aviation financing unit and said proceeds from the sale should allow GE to reduce its gross debt to below $65 billion by the end of 2021.

Unfortunately, GE said the spin-offs will cost the company about $2 billion in transaction and operational costs. GE also said it now expects at least $7 billion in 2023 free cash flow.

Voices From the Street

Bank of America analyst Andrew Obin said GE bears will argue the stock has become “dead money” until the spin-offs.

“We view the break-up as less about ‘unlocking’ the sum-of-the-parts value as creating value going forward through operational focus and better capital allocation,” Obin wrote in a note.

RBC Capital Markets analyst Deane Dray said the GE breakup has been highly anticipated for years, and the company’s updated FCF guidance is a positive.

“We are fans of the plan and believe the company is embarking on the three-way separation from a position of strength,” Dray wrote.

Wells Fargo analyst Joseph O’Dea said GE is now well-positioned for the next step of its transformation.

“We see the decision to break up as a statement of confidence in the success of efforts over the past several years to simplify GE and improve the operational performance,” O’Dea wrote.