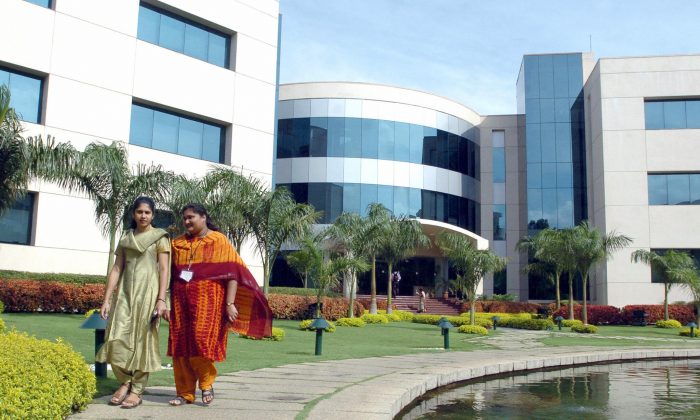 LONDON—The British decision to leave the European Union is seen by many as a rejection of globalization, although the thumbs down was on free movement of labor within the bloc and not on free trade or unrestricted flow of capital within. At the same time, the world’s largest democracy—India—was preparing to mark its 25th anniversary of joining the list of globalizing nations. While lifting India’s GDP, globalization has increased an already wide chasm between a rich minority and poor majority.

Over the years the New Economic Policy, or NEP, introduced by the Indian government in 1991, morphed into a compendium of economic liberalization, privatization, and opening up to the world. NEP has come to be viewed as combining India’s entry into a globalizing world with its adoption of the neoliberal model of economic development—a brainchild of the International Monetary Fund (IMF) and the World Bank. Also known as the Washington Consensus, this model requires a government to reduce the state’s role in the economy, cut state spending and subsidies, abolish price controls, privatize public undertakings, reduce tariffs, welcome foreign direct investment, and regulate the financial sector lightly.

In India the NEP architect was Manmohan Singh, then finance minister and later prime minister, who had once served as chief trade economist at the U.N. Conference on Trade and Development, an associate of the IMF and the World Bank. Narendra Modi, the current prime minister, is also committed to implementing the NEP.

Pursuit of this policy resulted in annual economic growth breaking out of the 3 to 5 percent band of the pre-1991 era. But redistribution of the extra wealth has been skewed. Those already better off have improved their living standards further whereas the large majority who lagged behind before have stagnated or grown poorer.

India’s embrace of globalization came in the wake of international crisis in August 1990.

India’s embracing of globalization came in the wake of an international crisis. Following Iraq’s invasion and occupation of Kuwait in August 1990 and the subsequent loss of their petroleum exports, the price of oil rocketed and remittances of the reduced Indian workforce in the Gulf fell. By the spring of 1991, Delhi’s foreign exchange reserves fell to $1.21 billion, just enough to cover about two weeks of imports. The government faced the unpalatable prospect of defaulting on sovereign loans and approached the IMF for assistance which came with strings attached.

The financial crisis gave a fillip to free marketeers who urged Prime Minister P.V. Narasimha Rao to undertake far-reaching transformation of the economy. The government abolished import quotas, slashed tariffs from over 100 percent to a range of 25 to 36 percent, and ended industrial licensing except for defense and national strategy enterprises. Public-sector monopolies were limited to security, national strategy, nuclear power, and railways. Private investment was allowed in banking, insurance, telecommunications, and air travel. Foreign companies were permitted equity up to 51 percent in 34 industries.

The result was noticeable. From 1991 to 1996, average annual GDP expansion was 6.7 percent. India’s foreign exchange reserves rose to $22.74 billion.

Expansion picked up after 2000—with mobile phones, the internet, and IT.

However the expansion rate really picked up after 2000. Besides economic liberalization, other extraneous factors came into play, independent of domestic policies. One was the arrival of mobile phones and the internet, and the other was the high-tech revolution in information technology.

Growth in mobile phone usage has been phenomenal, zooming from less than 37 million subscriptions in 2001 to more than 846 million in 2011 to crossing the 1 billion mark last year. Mobile-phone density impacts economic expansion. A study by the Indian Council for Research on International Economic Relations showed that the states with 10 percent higher mobile phone penetration produced 1.2 percent higher economic growth than those with lower telephone density.

IT along with its allied business process outsourcing sector has benefited India, helping to boost its foreign earnings. Whereas panic about the Y2K bug crashing computers at the turn of the new millennium proved mostly unfounded, it helped create a niche for India’s techies. Western companies found that rates charged by Indian IT firms to immunize computer systems against the millennium bug were a fraction of rates charged by Western competitors. Overwhelmed by orders, Indian companies worked round the clock to finish the job. India’s exports of IT services doubled in two years from $2.6 billion in 1998–1999. Since then exports have accounted for three-quarters of the industry’s turnover. The industry’s contribution to India’s exports soared from 4 percent in 1998–1999 to about 25 percent in 2012–2013.

The IT sector amounts to 2.5 percent of India’s labor force. Bottom line: India is an agrarian society.

But the 12.5 million employed directly and indirectly by the IT sector amount to a mere 2.5 percent of the national labor force of 496 million in a country with 1.25 billion people.

The bottom line is that India is an agrarian society. Seven out of 10 Indians live in villages. A little over half of the nation’s workforce is engaged in agriculture and allied activities.

As part of the IMF loan, India was required to reduce its fiscal deficit of 8.2 percent of GDP. The Rao government drastically cut its investment in irrigation, water management, flood control and scientific research, power generation, and related rural needs. Later, pressured by the World Trade Organization (WTO) and the IMF, India started withdrawing market controls and curtailing subsidies for such agricultural inputs as chemical fertilizers and diesel.

The emphasis of the WTO and the IMF on export-led growth encouraged cultivators to switch from food crops to fertilizer-intensive cash crops like cotton, coffee, sugarcane, groundnuts, pepper, and vanilla. As a consequence, the daily per capita availability of food grains declined from 510 grams in 1991 to 422 grams in 2005. The general lack of rural development and neglect of poverty alleviation has meant continuing malnutrition.

A 2009 study by the official National Nutrition Monitoring Bureau showed 35 percent of Indians suffering from chronic hunger as measured by body mass index. During the first post-NEP decade indebted farm households nearly doubled, from 26 percent to 48.6 percent. The ratio of debt to assets rose from 1.6 to 2.4, an increase of 50 percent. The trend has continued, with an increasing number of indebted farmers committing suicide.

At the other end of the economic spectrum, the number of dollar billionaires in India has jumped. Between 2004 and 2015, their number rocketed from 13 to 111, the third largest after the United States and China, according to an annual list published by the Chinese magazine Hurun. A year earlier the number of dollar millionaires crossed the 250,000 mark.

In 2013, the Singh government, yielding to pressure by leftists, trade unionists, and NGO activists, passed the National Food Security Act to provide subsidized food grains to about two thirds of India’s population. The program’s continuation under the Modi government, albeit in reduced form, has averted large-scale hunger in India’s villages during lean seasons.

A panoramic view of the past quarter century indicates that advance of NEP has not been smooth.

Increased GDP growth has come at the cost of ever-widening inequality. Grassroots resistance to NEP in India’s democratic environment has made its progress intermittent. This pattern is set to continue irrespective of which of the two major parties—the Congress or the Bharatiya Janata Party—is in power.

Dilip Hiro’s latest and 36th book is “The Age of Aspiration: Money, Power and Conflict in Globalizing India,” published earlier as “Indians in a Globalizing World: Their Skewed Rise.” Copyright © 2016 YaleGlobal and the MacMillan Center. This article was originally published on YaleGlobal Online.