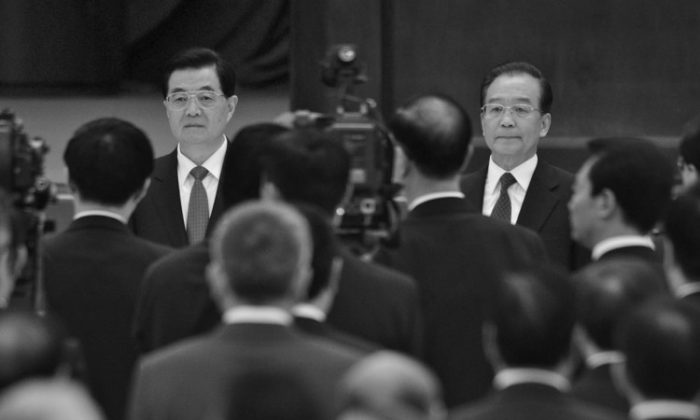 On Oct. 6 and 7, Chinese Premier Wen Jiabao visited Bijie City in Guizhou Province. With just one month before the start of the 18th National Congress, Wen’s visit was seen as support for Hu Jintao’s “scientific development concept,” in what observers see as a demonstration of strong support for Hu and Wen before the 18th Party Congress scheduled next month.

Guizhou is the poorest province in China, and Bijie, located at the junction of Sichuan, Yunnan, and Guizhou provinces, is one of the most poverty-stricken areas in Guizhou. Historically, Bijie has been afflicted with a poor economy, ecological deterioration, overpopulation, and food shortages.

Premier Wen Jiabao visited Bijie City in Guizhou Province on Oct. 6 and 7, according to Xinhua. During his visit, Wen stressed several times his wish for “sustainable development.”

This is not the first time for Wen Jiabao to visit Bijie, and not the first time a high-ranking CCP official has visited Bijie either. Many high level CCP’s officials, including Hu Jintao, have also visited Bijie before. It’s generally unusually for a region located in the southwest corner of China to receive such a high-level political attention.

After Hu Jintao was promoted from being the first secretary of the Communist Youth League Central Committee, to the office of Secretary of the Guizhou Provincial Party Committee, Hu in Bijie of January, 1988 proposed a project for establishing “Bijie experimental area on development, poverty alleviation, and ecological construction.”

The State Council approved his proposal in June of that year. In May 1996, as a member of the Politburo Standing Committee, Hu visited Bijie to conduct field investigation and to provide training. On the eve of the Sept. 9, 2010 Teachers’ Day, Hu spoke with the Bijie National Secondary School teachers and students via webcam.