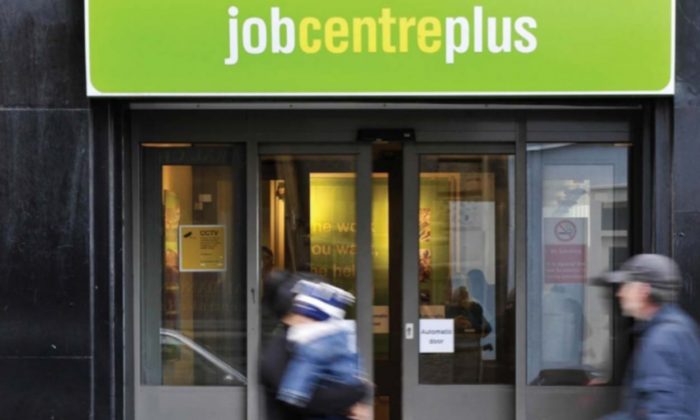 Not closing its doors yet. (J.J. Ellison/Wikimedia Commons)
Business & Economy

Unemployment in the UK has fallen below two million for the first time in almost six years, latest figures from the Office for National Statistics show. It’s certainly good news, but there are some important caveats to the headline figures, which mask the remaining room for improvement in the labour market.

One of the many remarkable features of the 2009 recession was the fact that the increase in unemployment was relatively modest in the UK. While the 1980s recession brought about unemployment of 3.25m, the much more severe drop in output in the more recent downturn saw unemployment rise “only” to some 2.68m. The rate remained stubbornly high, at around 8%, until the second half of 2013. But since then it has fallen dramatically, and now stands at just 6%.

Several aspects of the labour market in the aftermath of the recession are worthy of note. First, many workers are now working fewer hours than they would like. Some are working part-time when they would like to work full-time; others lack opportunities to work overtime; and others would like to hold multiple jobs but are unable to do so.

At the Work Foundation, we publish a quarterly series of underemployment produced by economists David Bell and David Blanchflower from Labour Force Survey data. This converts the shortfall in hours that people work relative to those that they would like to work into a full-time equivalent, and hence produces a measure of underemployment that is analogous to the unemployment rate.

Secondly, self-employment has risen to record levels, with over 4.5m people – virtually 15% of the labour force – now falling into this group. This is up from around 12% in 2003. The increase has been particularly pronounced since 2013 – though the very latest figures may show the beginnings of a fall back.

There is also substantial evidence that the earnings of self-employed workers have fallen much further – indeed about twice as far – than those of other workers in recent years. So, self-employment is not necessarily the labour market outcome of choice and shouldn’t be lauded as such.

Thirdly, productivity has been stagnant in recent years. Since wages are, in competitive markets, determined by workers’ productivity, this has led to stagnant or falling real wages. This further reflects the fragility of the recovery in the labour market.

A Return to the ‘Natural Rate’

On the most recent data it looks as though the “natural rate” of unemployment has fallen markedly from the figure at which it stood a few years ago. This is the rate below which inflation is likely to become a problem, as firms seek to outbid each other for scarce labour and workers start to build expectations of positive inflation into their decisions about accepting job offers.

Indeed it may well be the case that the natural rate of unemployment now stands at just 4%, or even a little less. If this is truly the case, the promise of a return to something like full employment genuinely looks achievable.

The real question is this: with major trading markets once again looking quite fragile, will the type of economic growth we have witnessed this year be sustained into the medium term? If it can be, then the labour market can improve still further. If not – and the smart money is on this outcome – the improvement may stall.

Geraint Johnes is Professor of Economics at Lancaster University Management School, and Director of Lancaster University’s Work Foundation — a London based think-tank. He does not work for, consult to, own shares in or receive funding from any company or organisation that would benefit from this article, and has no relevant affiliations. This article was originally published on The Conversation. Read the original article.