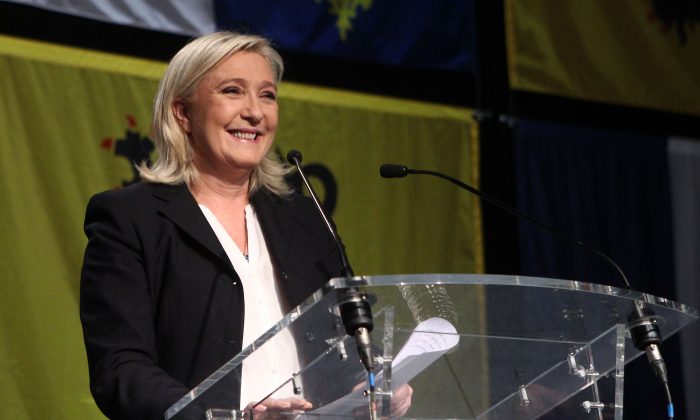 A Look at French Presidential Candidates

PARIS—France’s presidential campaign is heating up, as candidates from the anti-immigrant far right to the Trotskyist far left join the race for election five months away.

Now that Prime Minister Manuel Valls has announced his candidacy, here’s a look at top contenders, and what’s at stake for this nuclear-armed, leading world economy in the April-May election:

The longtime No. 2 of former president Nicolas Sarkozy, this amateur racecar driver is now at the wheel of the conservative presidential campaign—representing his Republicans party and its allies from the center-right.

Fillon, 62, presents his platform as “radical:” He wants to cut taxes on business and slash public spending to boost France’s stagnant economy and proposes strong measures to reduce immigration “to a minimum.”

He also wants loosen the country’s stringent labor rules in the hope to encourage hiring, and has a strong focus on traditional family values.

He pledged to fight energetically against the Socialist candidate and the far-right.

Le Pen, 48, is the candidate of her far-right National Front party. Bolstered by Donald Trump’s victory, the election may turn out to be a referendum on her ideas.

She’s campaigning on an anti-immigration, anti-Islam, nationalist platform and hopes anti-establishment sentiment can propel her to the presidency.

That would have repercussions across Europe and for post-war unity. Le Pen wants to lead France out of the European Union and its visa-free zone.

Political analysts say she may reach the second round of the presidential election, by coming in the top two in the first round.

France’s prime minister since 2014, Valls has jumped into the presidential race only four days after unpopular president Francois Hollande announced he would not run for re-election.

Valls, 54, leaves his job as premier to focus on his candidacy in the Socialist primary next month, in which he will be favorite but will face strong competition.

A leading yet divisive figure of the Socialist party, Valls is known for his outspoken, authoritarian style and his tough views on immigration and security.

A group of Socialist rebels have criticized his pro-business strategy and called for more left-leaning policies. Among them, former Economy minister Arnaud Montebourg and Education minister Benoit Hamon have announced they will compete against him in the Socialist primary.

A former economy minister of Francois Hollande, this outspoken and telegenic former investment banker is advocating for pro-free market and a progressive approach to social issues.

The 38-year-old Macron, who has never held elected office, this year started a political movement called “En Marche!” (In Motion) that he presents as neither right- nor left-wing.

His views have prompted harsh criticism from many members of the Socialist Party who feel that he has betrayed left-wing ideals.

Macron has decided not to take part in the Socialist primary.

Anyone can run if they can collect 500 signatures from elected office-holders to support the candidacy.