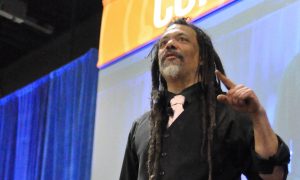 Chris Hackett on Why Zombies Fascinate Us, How to Survive the Apocalypse
0
Share Now
TelegramFacebookTweetEmailTellMeWeReddit
Copy Link 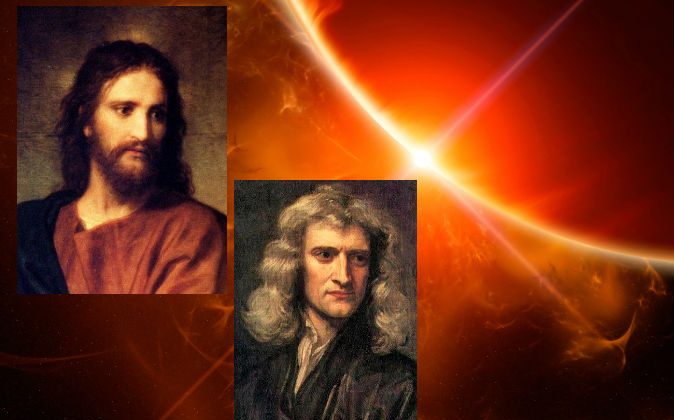 A depiction of Jesus (L) painted by Heinrich Hofmann, and a portrait of Sir Isaac Newton (R), painted by Godfrey Kneller in 1689. (Background concept image via Thinkstock)
Beyond Science

A Look at Apocalypse Prophecies of Isaac Newton and Jesus (+Video)

Isaac Newton took an interest in biblical prophecies, looking for patterns and trying to develop a code to decipher them. He calculated that the end of times may arrive in 2060. J.S. Helios, author of the book “The Final Countdown: What Isaac Newton failed to discover,” said the year should be 2017, not 2060.

Helios explained why, during an interview in May with Brazilian publication Jornal do Brasil: “In one of his calculations he used a period of 1290 years, which is mentioned in Chapter 12 of Daniel, starting from the year 609 A.D. However, nothing important happened in this year to justify it being the start of the prophecy. Investigating the Book of Daniel (12:11-12), I discovered that the period of the prophecy is actually 2625 years (1290+1335), and that the beginning of the prophecy is not 609 AD as Newton thought, but 609 B.C. Therefore, 2625 years after 609 B.C. is the year 2017.”

609 B.C. is the year the Jews lost the Kingdom of Judah to the Egyptians in the Battle of Megiddo. This significant event in Jewish history was at the beginning of a chain of events that would last thousands of years, preventing the Jews from having an independent nation.

Jesus and the Return of the Son of Man

In the Gospel of Luke, Jesus’s predictions of the “return of the Son of Man,” refer to signs that will be visible in the cosmos: “There will be signs in the sun, moon, and stars. On the Earth, nations will be in anguish and perplexity at the roaring and tossing of the sea. People will faint from terror, apprehensive of what is coming on the world, for the heavenly bodies will be shaken.”

In the Gospel of Mark (13:14), Jesus referred to an abomination “standing where it does not belong,” noted Helios. Helios wonders whether this prophecy might refer to the planetoid Sedna. Astronomer Mike Brown, who discovered Sedna in 2003, described on his website how Sedna was not where it “was supposed” to be.

“That little blip, far more distant than what was supposed to have been the edge of the solar system, was indeed real. It was Sedna,” he wrote. He described the planetoid’s orbit as “unprecedentedly strange.” In the post, written seven years after the discovery, he said he still didn’t know what put Sedna where it was. The planetoid remains something of a mystery, and it may be the first visual sign of the Oort cloud, a cloud of some trillion or so icy bodies thought to orbit our sun.

ALSO SEE: Oort Cloud Around Solar System May Tell Us About Creation, Still a Mystery

Helios calls for a closer examination of Sedna, though its predicted trajectory doesn’t seem to signal any danger.

According to NASA, Sedna will be at it’s closest approach to Earth in about 72 years, but even then it will be farther away than Pluto. Brown said, according to a NASA report: “The last time Sedna was this close to the sun, Earth was just coming out of the last ice age. The next time it comes back, the world might again be a completely different place.”

Helios realizes his own ideas are speculative in nature—the realm of prophecy is never crystal clear, after all, and always open to interpretation—but, he said, it is his duty to warn the world of any potential danger.

He told Jornal do Brasil: “Even if I have doubts, I believe it’s my duty to reveal what I’ve discovered. I’m not a psychic or a prophet. I’ve studied prophecies and the secret codes in The Bible that warn of a major catastrophe, referred to in the holy book as the Wrath of God or the Day of the Lord.”

A video trailer for Helios’s book: