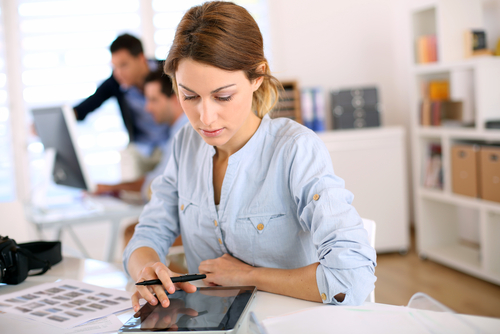 A Journalist’s Perspective on Reader Comments

I once had a reader tell me I have a “heart of stone” and that I’m the kind of woman who would sell my children into slavery.

That was in my first year or so as a journalist. It hit me pretty hard and I took a good look at the article that elicited such a response to see if I really was so unfeeling. The article was about horse-drawn carriages in New York.

I really tried to obtain a variety of perspectives on the matter. I went to a stable and talked to the owner of the horses. I talked with the carriage drivers, I talked with the activists who were against having horses in the city, and I talked to people on the street.

In the end, I decided my article was one I could stand behind and it was just a matter of not being able to please everyone. But, I took it as a good reminder: though I may spend a day or a few weeks researching a topic, there are people who have dedicated decades of their lives to any given issue.

I have to really consider as a journalist how my words could impact everyone connected to my topic. I may decide that, in the interest of presenting the truth and being a responsible journalist, I will have to go ahead and write something that may upset some people. Actually, no matter what I write, it will upset some people. But, having compassion for those people is my starting point.

The reader who sent this message later apologized, explaining she feels really strongly about the issue. She was happy I brought some attention to it, even if I did present some views she doesn’t agree with. I really appreciated that.

Working with some new reporters, I’ve watched the impact negative feedback can have on them. One reporter recently said to me, “I had a lot of negative response to that article.” She looked really dejected when she said it.

Skimming through the comments on said article, I saw several positive comments and only one comment at the bottom in which the reporter was referred to as “snarky.”

The article was meant to be light and humorous, and the sarcastic tone could rub some people the wrong way. I just told her not to worry, that’s the news business. People will express their opinions, and if you get people talking—whether they agree with you or not—you’ve succeeded.

Of course, I think as journalists we should really look at the negative feedback and try not to get defensive, but rather look at our work objectively and try to improve in the future.

Before I became a journalist, I often made sweeping generalizations about “the media”—this large, faceless entity that can twist and distort things at will, that can be bought, that has great power for good or evil.

All of them are people with families, people who were once children, people who have fears and joys and hurt and happiness and flaws. Sometimes it’s just good to remember what we have in common, in addition to how we differ.

Image of a woman working in an office on a tablet via Shutterstock.