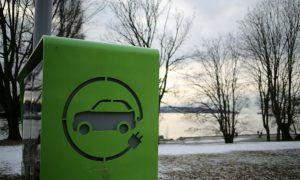 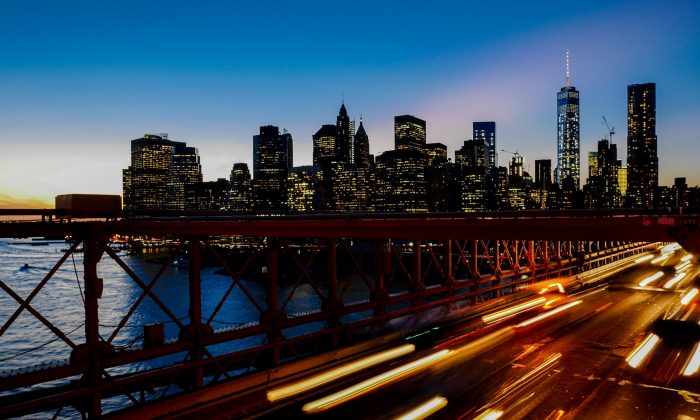 To convert all vehicles to electric in New York State would demand an estimated 164 million MW-h of power per year. (Davide Cantelli/Unsplash)
Viewpoints

A Green New Deal Part 2: How Much Energy?

Welcome to Part 2 of our groundbreaking effort to make New York the first state in the Union to eliminate all fossil fuels from its energy portfolio. Well, almost all, as we did carve out a few exceptions that we thought would meet with the approval of Rep. Alexandria Ocasio-Cortez (D-N.Y.) and the principles of her “Green New Deal.”

Our mission encompasses the two areas of energy use that consume, by far, the most fossil fuel in New York, or any state: electrical generation and ground transportation. The challenge is to ensure that all electrical generation is produced using clean, renewable resources, and that no trucks, buses, automobiles, or other modes of ground transportation utilize fossil fuels such as gasoline or diesel.

Step one is to estimate how much renewable energy that New York is going to need and when. The “when” part is easy, because Ocasio-Cortez set the target timeframe in announcing her Green New Deal idea in 2018. Her stated goal was for the United States to kick the fossil-fuel habit in 12 years. That gives us until 2030 to transform New York state into the new model of energy generation that will lead the nation into a bright future, entirely illuminated by renewable energy.

The “how much” piece is a bit more difficult and will, I am sorry to say, involve a fair bit of math. Now, I’m not going to drag you through each and every calculation. Anyone who writes about science and technology has a clear duty not to bore his or her readers to tears. So, what you will get is the results of calculations that are, unless otherwise noted, based on publicly available United States Energy Information Administration (EIA) data. Those calculations have been made available to my editor at The Epoch Times, and are available to anyone who would like to check my math.

As of 2017 (the last year for which verified EIA data is available), New York consumed 128 million megawatt-hours (MW-h) of electricity. Since 2005, New York has generally been reducing the amount of electricity it consumes each year. As with any trend, there are exceptions, but between 2005, when the Empire State used 147 million MW-h, and 2017, state electricity use has declined an average of 1 percent per year. If we run that trend out to 2030, electrical consumption will be 108 million MW-h per year.

No matter. Let’s push on. The gap that must be filled lies between the 108 million MW-h we’re going to need to generate in 2030 and the 37 million MW-h New York has proven it can generate solely through the use of renewable sources today. The difference is 71 million MW-h. That renewable “gap” is what we need to fill, and as we said up front, the only acceptable way to fill it is by using wind and solar power.

Yet, we still have a demand problem to solve before we attempt to address the renewable gap. A gap of 71 million MW-h—formidable as that is—is far too small, because it fails to address the 800-pound gorilla in the room: transforming the ground transportation network to all electric vehicles. This is going to throw a monkey wrench (pun intended) into our plans.

As long as electric vehicles are basically a novelty item in the transportation world, they don’t place any sort of appreciable strain on any power grid. The amount of electricity they use, in aggregate, is baseline noise. If every single car, truck, bus, etc. goes electric, the transportation sector will become the dominant user, by far, of electricity in any power system and require substantial investment in additional electrical generation capacity.

Moving from Btu to MW-h requires us to choose a conversion factor that assumes a certain degree of inefficiency. For those of you interested, I used a factor of 0.293 watts per Btu, which is a commonly used, middle-of-the-road figure. Using that factor, the total 2030 demand to power the road transportation sector would be 164 million MW-h per year. We can add that to the previously calculated renewable gap of 71 million MW-h per year to arrive at a new gap of 235 million MW-h per year.

We have now come up with a pretty fair, defensible estimate of Green New York annual electric power needs in 2030. Unfortunately, this doesn’t equate to the amount of energy generation capacity needed to maintain grid stability under FERC and NERC rules. Capacity must always exceed usage for the grid to function. In the case of wind and solar, the excess capacity required is rather substantial, as we shall see in our next installment.