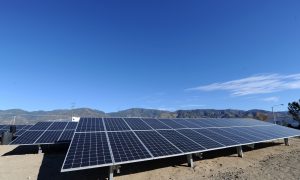 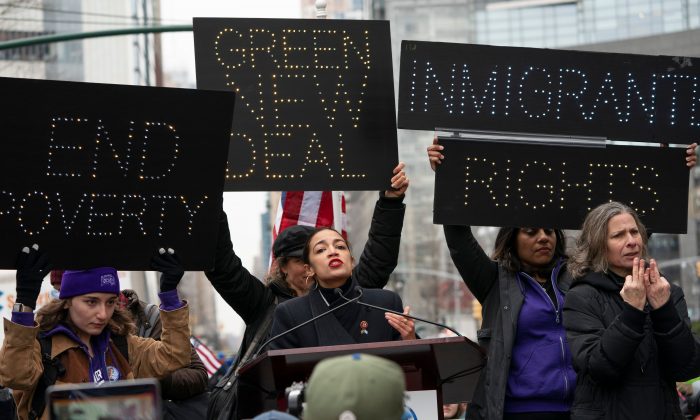 Say what you want about her, but congresswoman Alexandria Ocasio-Cortez (D-N.Y.) knows her base.

Proposing a “Green New Deal” was a stroke of genius, combining past and future in a way that progressives were sure to embrace. For the moment, the Green New Deal has been tabled by Democratic leadership, and one suspects that it will remain tabled unless and until the socialist wing of the party achieves dominance.

However, I think it’s worth talking about in some depth. In my day job, I work with a lot of very bright young engineers less than a decade removed from college graduation. It amazes me how many of them sincerely believe that fossil fuels can be completely replaced by renewable energy. Not all, by any means, but enough to make me wonder just how engineering is being taught in our institutions of higher learning.

In any case, when Ocasio-Cortez, who is neither an engineer nor scientist, proposed the Green New Deal, it shouldn’t have come as a surprise. Just like the young engineers I referenced, she—like many of her generation—honestly think that getting rid of fossil fuels isn’t only possible, but desirable.

In this, the first of a multi-part series, we’ll take a deeper dive into the consequences of eliminating fossil fuels as an energy source. The purpose isn’t to vilify Ocasio-Cortez, who seems like a decent person who genuinely cares about her constituents. That doesn’t require anyone to agree with her positions, but, as perhaps the last holdout for civil discourse in America, I choose to differentiate the person from the idea whenever possible.

It’s important to honor ideas, even bad ones, that are honestly proposed. Discussing ideas makes us all smarter in the end. We should be careful to differentiate ideas from strategies, especially strategies borne of politics. The Green New Deal is an idea. The chicanery that Sen. Chuck Schumer (D-N.Y.) and House Speaker Nancy Pelosi (D-Calif.) regularly engage in isn’t about principle, it’s about strategies to win votes and does not deserve the respect that should be accorded to ideas.

When one examines an idea in a bit of depth, one steers between two narrowly separated shores. On one side, there are the dangerous shoals of over-simplification, which doesn’t educate the reader much and leaves one open to criticism for ignoring critical issues. On the other side are the rocks of technical tedium, which will sink a reader’s interest quite quickly if one is too detailed. We’ll attempt to chart a middle course in this series and hope to keep you entertained along the way. Let’s shove off.

While the data to perform an analysis of the consequences of eliminating fossil fuels on a national basis exists, crunching that many numbers would take a lot of time and generate so many figures that even if you made it through such an analysis, the splitting headache you’d develop by the end of the series would last for weeks. In order to spare you, we’ll limit this analysis to a single state. What better state to serve as the guinea pig, or poster-child (take your pick), for the idea of a Green New Deal than Ocasio-Cortez’s own state of New York?

New York makes for a great test case for several reasons. It’s middling in size, neither so large like many western states nor relatively small like some New England states. Area affects transmission cost, locations, and size of generation capacity and other aspects of energy production and distribution. New York is about as “typical” a state as there is.

What we commonly call “the electrical grid,” or simply “the grid,” is a collection of what are known as Independent System Operators and Regional Transmission Organizations, which we can shorthand to ISO/RTO. While some portions of the grid cover multiple states, New York’s ISO/RTO, known as NYISO, covers the entirety of New York state and nothing else. So, when we examine Green New Deal New York, we can truly isolate the test subject.

Finally, in terms of wind energy availability, New York is pretty much average as well. The federal Energy Information Administration (EIA) map of available wind resources shows that while average wind speeds are not so great as is the case in many mountain states, nor are they relatively calm as is the case in other parts of the United States. Being part of the Rust Belt, New York doesn’t fare well in terms of solar energy availability, but that can’t be helped.

A few ground rules are in order before we get started turning New York 100 percent green.

1) Fossil fuels will be eliminated from New York’s energy portfolio, with the following exceptions: home heating oil, aircraft, merchant shipping, the U.S. armed forces, and diesel locomotives. Added together, these consumers of New York energy use amount to only a small fraction of its current fossil fuel needs. I don’t believe that Ocasio-Cortez would be in favor of forcing a relatively few rural families without ready access to natural gas to freeze during the winter by denying them home heating oil. I also don’t believe that she would want to drastically restructure either aviation, water-borne freight, rail freight, or national defense for a tiny reduction in fossil-fuel use.

2) New York must be entirely self-sufficient. If the state is going to be truly green, then it must utilize only renewable energy resources to fulfill its energy needs, except for those activities noted above. This means that New York is not allowed to purchase power from other ISOs/RTOs, since New York would have no way of ensuring that energy was generated from renewable sources.

3) Only wind and solar can be used to replace existing fossil fuel sources of energy, and all additional public-sector wind and solar must be used to generate utility-scale, clean electricity. According to EIA data, New York currently fulfills about 34 percent of its electrical generation energy needs using renewable resources. This figure is somewhat deceptive though. The vast majority of that comes in the form of hydroelectric power. Environmental groups are generally opposed to most hydroelectric power. Another fraction is generated by the combustion of biomass (wood, municipal waste, etc.), a practice also frowned upon by environmental groups.

For the purposes of this exercise, it is assumed that existing hydroelectric and biomass power generation capacity will remain unchanged. That is, no new capacity in these categories will be added, but neither will any existing capacity be shut down. Any additional capacity or replacement power will be based on wind and solar resources alone.

4) New York will continue to fulfill all of the federal requirements set forth by the Federal Energy Regulatory Commission (FERC) and North American Electric Reliability Corporation (NERC). Together, FERC and NERC ensure that consumers will have ready, reliable access to power whenever needed. As we remake New York, we must assume that FERC and NERC will play an important role in determining how we can do so.

That’s quite a task we’ve set out to accomplish. Can we do it? What will it cost? Are there unintended consequences? Check in for the next installments of this series to find out.