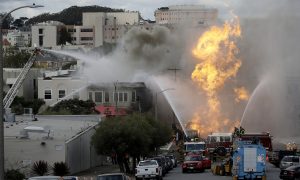 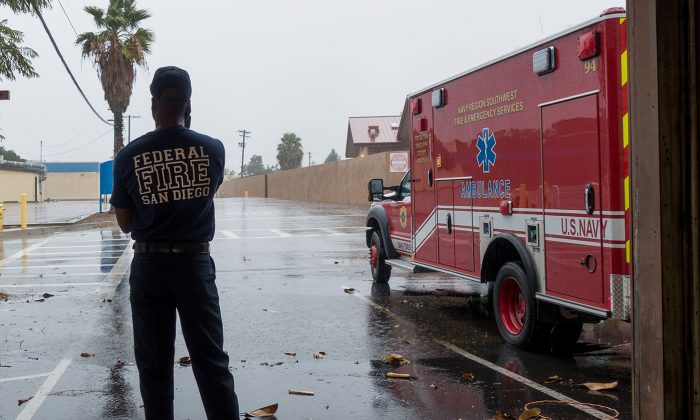 A Gas Explosion Leaves One Dead, 5 Injured, as Flames Rose to About 300 Feet High in Kentucky

A gas line explosion early on Thursday, August 1, in a residential community in rural Kentucky sent up a ball of flame that could be seen for miles, killing one person and setting several houses on fire, a local sheriff said.

The woman who was killed in the explosion was found outside her home, Lincoln County Sheriff Curt Folger said.

The cause of the eruption in Moreland, a community about 40 miles south of Lexington, was under investigation, Folger said by phone.

A gas line rupture was believed to be the cause, according to the Lincoln County Sheriff’s Office, Newsweek reported.

According to WKYT, about five homes caught fire and 5 people received injuries, firefighters worked to extinguish those blazes, Folger said.

DEVELOPING story @WKYT has been following through the night https://t.co/b1uWQUyIjY

A shelter has been set up at a local church, all individuals that have been evacuated due to the fire are welcomed to the New Hope Baptist Church until access to homes is restored, the Perryville Kentucky Fire Department said in a statement.

The department added not to travel to this area or attempt to get anywhere close to the scene. The roadway needs to stay open for emergency responders.

Breaking overnight: a gas explosion in Kentucky leaves one person dead and several others injured after a gas line erupted and shot a fireball into the sky. @RonMott has the latest. pic.twitter.com/oYC2ClZDcf

Sofia Nunez was at her Moreland home when the explosion happened.

“There was a loud noise and it sounded like a tornado was outside our house. When you stepped outside you could hear the flames and feel the heat. It shook the house for nearly 30 minutes after the flames appeared and neighbors windows were shattered,” Nunez told CNN.

Charlie Lynch, in Danville, woke up to the whole sky lit up from the explosion. He said he drove 10-15 minutes before taking video, with flames and smoke visible the whole way.

The massive explosion was so huge that it was picked up on the weather radar, Chief Meteorologist Chris Bailey from WKYT said.

“Massive explosion and fire across northern Lincoln County. You can actually see this happen on radar. Wow!” Bailey tweeted.

Massive explosion and fire across northern Lincoln County. You can actually see this happen on radar. Wow! #kywx @WKYT pic.twitter.com/2Qtg5Rixfk

The explosion followed another fatal incident on Wednesday at an oil and gas site in Colorado, north of Denver.

Firefighters responding to a fire at an oil tank found an unresponsive man on top of the tank, at the site just outside the community of Windsor, said Windsor Severance Fire Rescue Chief Kris Kazian. The victim was later pronounced dead.

The site was operated by Denver-based firm Great Western Oil & Gas Co. A representative for the company could not immediately be reached for comment.