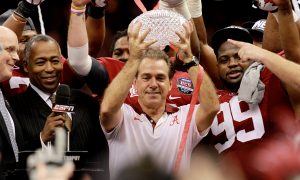 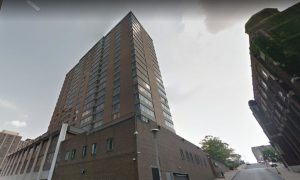 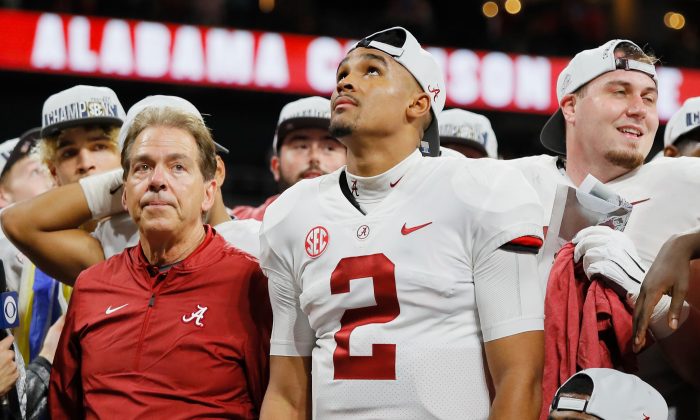 A Football Story Worthy of Hallmark

If you are not a fan of U.S. college football, you may have missed one of the most exciting and heartwarming stories of the holiday season.

It took place on Dec. 1 at the Southeastern Conference Championship (SEC) game in Atlanta, and I was lucky enough to be there.

It is a story of two quarterbacks who play for one of the most acclaimed programs in college football: the University of Alabama. The Alabama Crimson Tide has won 27 SEC football championships and 17 national championships. Head coach Nick Saban, the most accomplished active coach in college football, has led Alabama to five of those national titles, after winning one with Louisiana State University.

The first quarterback in the story, Jalen Hurts, is in his third year at Alabama. He earned the starting quarterback job in 2016 when he was a true freshman (his first year out of high school). That year, he was named 2016 SEC offensive player of the year and led his team to the national title game, but Alabama fell short to the Clemson Tigers.

In Hurts’s second year, he again led his team to the national championship game. By this time, he had an outstanding 25–2 record as a starting quarterback, but he struggled in the title game. With Alabama trailing SEC rival Georgia, 13–0, at halftime, Saban turned to Tua Tagovailoa, a freshman quarterback from Hawaii, who engineered one of the great comebacks in championship history. He secured the victory with a 41-yard touchdown pass in overtime.

It had to be embarrassing to Hurts to be pulled from the national championship game, but he didn’t let it show.

“We won,” he said after the game. “We’re national champs. You can’t wish for anything better than that.” His later actions would indicate that he really meant what he said.

After the celebration, there were some hard decisions to make. Who would be the starter QB for Alabama for the 2018 season? Tagovailoa was the odds-on favorite. Since Hurts played as a true freshman in 2016, he could transfer, sit out a year and have two years of eligibility left at his new school, or he could stay and fight for a job he was unlikely to win. That’s what he did.

Sure enough, Tagovailoa won the job. So Hurts, enormously successful in his freshman and sophomore years, became the Crimson Tide’s backup quarterback in his junior year.

“We needed both quarterbacks last year, and we’ll need them both again this year,” Saban predicted.

Hurts could have insisted that Saban “redshirt” him—limit his play to no more than four games for the season. Then, he could still transfer to a new school with two years of eligibility remaining. Hurts, however, rejected that solution.

“Every time, I’ve talked to Jalen since the season started,” Saban said, “he’s said, ‘Coach, I want to play.’”

Hurts saw limited action throughout the 2018 season, primarily in short-yardage situations and blowout wins. He didn’t start any games. Tagovailoa is simply that good. At a school that produced Hall of Famers Bart Starr, Kenny Stabler, and Joe Namath, Tagovailoa has many observers wondering whether he is the greatest quarterback in program history. According to Sports Illustrated, “Tagovailoa had the best season an Alabama quarterback has ever had.”

That takes us to the 2018 SEC Championship game. Top-ranked Alabama faced off against No. 4-ranked Georgia in a repeat of last season’s national title game. The winner would qualify for the national championship playoffs this year.

Although Alabama was favored, Georgia was playing a better game and had the lead in the fourth quarter when Tagovailoa was injured on a pass play. He dropped to the ground in pain and had to be helped off the field by trainers. It was time for Hurts to come in.

He later explained, “As a backup quarterback this whole year, my whole thing has been to prepare like I’m a starter so I can be ready when my moment comes.”

There were 11 minutes, 15 seconds remaining on the clock, and Georgia had a 28–21 lead. Hurts completed a 13-yard pass for a first down on his second play. He went on to complete 7-of-9 for 82 yards while scrambling for another 28 yards on five carries, including the go-ahead touchdown with 1:04 left in the game. He led Alabama to the SEC title over the team that had been the opponent in the national championship game the previous season.

“I’ve probably never been more proud of a player than Jalen,” Saban said after the game. “It’s unprecedented to have a guy that won as many games as he won, I think 26 or something, over a two-year period, start as a freshman, only lose a couple games this whole time that he was a starter, and then all of a sudden, he’s not the quarterback. How do you manage that?

“You’ve got to have a tremendous amount of character and class to put the team first, knowing your situation is not what it used to be, and for a guy that’s a great competitor, that takes a lot.”

Alabama is such a dominant program that the Crimson Tide tends to generate some resentment from fans of other teams (especially SEC teams). A popular meme says, “I’ll cheer for Alabama when they play Al Qaeda.” Yet, excluding Georgia fans, my football friends all started pulling for Alabama when Hurts entered the game.

Explained one: “Here I was, an Ole Miss Rebel fan, in an Arkansas Razorback home, pulling for Alabama. Never thought that would happen!”

I suppose that if this were a TV movie, Hurts would lead his team to the national championship this year. (Of course, if this were a movie, Tagovailoa wouldn’t be such nice guy and strong leader.) As it stands, with a month to rest and heal, Tagovailoa should be ready for the semifinals at the Orange Bowl on Dec. 29. He is expected to start.

If Hurts is called on to play in that game, he will take to the field as a newly minted college graduate. This month, he received his degree in public relations. That means that if he decides to go to graduate school, under NCAA regulations, he could take his one remaining year of eligibility to a new school. Nobody would fault him, but before making those decisions, he is preparing himself to be ready to help his team win another national championship, in whatever role the team needs.

That kind of selflessness is what elevates sport to something more than a game. In the remaining one or two more games Alabama plays this year, Hurts is going to have a lot more fans than a backup QB from Alabama (or anywhere else) usually has. He’s earned them.