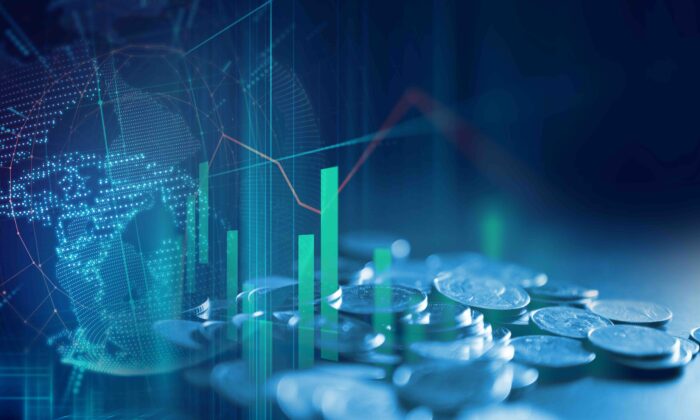 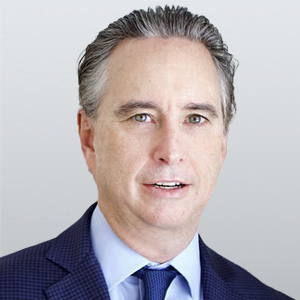 With war in the headlines and market volatility at an extreme, you might have missed this tidbit in Monday’s Epoch Times, entitled “China, Russia Trade Surges Amid Ukraine War”: China’s “exports to Russia rose by 41.5 percent in the first two months (of 2022) compared to the previous year to $12.6 billion, topping growth with other countries, while imports from Russia rose 35.8 percent, customs data showed.

“After developing close ties in recent years to align against the United States and its allies, Beijing and Moscow announced earlier last month a ‘no-limits’ partnership and no ‘forbidden’ areas of cooperation.”

As if to reiterate the point, Chinese Foreign Minister Wang Yi stated on Monday (as reported by Xinhua): “No matter how precarious and challenging the international situation may be, China and Russia will maintain strategic focus and steadily advance our comprehensive strategic partnership of coordination for a new era.”

The financial sanctions enacted against Russia are unprecedented in scale and scope. While the ejection of seven Russian banks from the SWIFT global messaging network and the sanctions of five Russian banks by the U.S. Treasury Department will cause severe disruption to Russian trade, the big hammer was the freezing of the bulk of Russia’s $630 billion in foreign exchange reserves across all major currencies. All major currencies except one, that is. Russia’s reserves denominated in Chinese Yuan remain unencumbered.

Despite the market-unsettling package of sanctions, the Western allies have actually stopped short of the true “nuclear option” in global finance: full secondary sanctions. The sanctions on Iran, for instance, prohibit transactions with any entity that does U.S. Dollar business with the sanctioned entity. The Russian sanctions do not yet impose that restriction.

Think of a secondary sanctions regime as forcing everyone to pick a side. The United States effectively tells global financial institutions that if they deal with the sanctioned entity they cannot in any way touch the U.S. financial system. It’s us or them. To truly put a stranglehold on the Russian economy the United States would threaten secondary sanctions on any Chinese banks that deal with Russia.

But if the United States told the Chinese banking system that “it’s us or them,” who would China choose? They’d likely call our bluff, continue supporting their Russian partners, and watch the U.S. coalition crumble in the face of the economic catastrophe that would follow an attempt to cut China out of the global financial system. Russia and China together are “too big to fail.”

This creates the potential for a gaping hole in the anti-Russian sanctions regime. China’s trade statistics for 2021 show $67.56 billion of goods and services flowing from China to Russia and $79.32 billion flowing the other way. Russia has some $77 billion in Chinese Yuan foreign exchange reserves, which are more than ample to facilitate significantly expanded bilateral trade.

While the disruption in global commodity markets is now at an extreme, as the media spotlight dims (as it inevitably will) expect China to act with increasing alacrity to arbitrage heavily-discounted Russian commodities, substituting away from alternative sources and helping to stabilize global prices.

There is also nothing to stop China from importing goods essential to Russia’s economy, and then on-selling them to Russia at a mark-up. Expect both sides of the China-Russia trade accounts to balloon in the coming months.

The Chinese and Russian economies share an elegant symbiosis: the “commodity superstore” coupled with the most finely-tuned manufacturing powerhouse the world has ever seen, and one which is notoriously commodity-dependent, at that. That they’re both authoritarian in political orientation and share a common geopolitical foe makes this a match made in heaven (or in hell, depending on your perspective).

China undoubtedly envisions greatly expanding a new, Sinocentric trading bloc. With recent events, the internationalization of the Chinese Yuan (an effort I have long been skeptical of) has gone from a pet project to an existential task. China’s need to develop global financial plumbing that insulates it from U.S. soft power is now a matter of the utmost urgency.

Instead of asking, China is likely to start insisting that much more of its trade is denominated in yuan. Whether the sellers of the Yuan-denominated goods and services to China decide to invest in Yuan-denominated assets (or sell their Yuan for Dollars or Euro) is of secondary importance. China’s first order of business will be to establish the financial plumbing as a “backup system,” in the case of their finding themselves on the wrong side of Western sanctions.

That said, the desire of global sovereigns to hold yuan assets will likely rise as well. This is not a result of the RMB becoming more attractive as a store of value, but of the dollar becoming less so. The big knock on the yuan as a reserve currency is that a central bank could find its assets seized if their government ended up on the Chinese Communist Party’s bad side. What’s now obvious with the freezing of the assets of the Central Bank of Russia is that any nation at risk of crossing the United States is in a similar predicament with regards to the U.S. dollar.

Any nation that wants to maintain flexibility in global trade in the wake of a possible Chinese invasion of Taiwan must now consider establishing connections to the emerging Sino-Russian trading block. That means not only establishing networks for yuan settlement but, especially in the case of countries running trade deficits with China (i.e., most), also maintaining significant yuan reserves for liquidity purposes in the event of global finance moving to “dual track” systems.

In considering the potential size and scope of this Sinocentric finance bloc, include any number of pariah regimes like Iran and Venezuela, and myriad emerging markets along the Chinese “Belt and Road.” We have the makings of an alternative economic and financial block that, while it might not rival the West in terms of economic output in a non-polarized world, could surpass the West in its degree of economic self-sufficiency in a polarized one.

Once a Sinocentric bloc is established with a greater hope of self-sufficiency in a bifurcated world than the Western powers could harbor, the power to cleave the system will rest in the East, not the West. The global balance of power will have shifted dramatically.

If and when the financial iron curtain is drawn across the global economy, we may well find we’re on the weaker side of it this time.

Brian McCarthy
Follow
Brian McCarthy is the Managing Principal of Macrolens LLC, an independent provider of global macro research and strategy. Mr. McCarthy previously worked at Emerging Sovereign Group from 2011-2018, where he managed a China-focused macro hedge fund. He has also held roles in fixed income and foreign exchange at AIG, Barclays, UBS, and RBS.