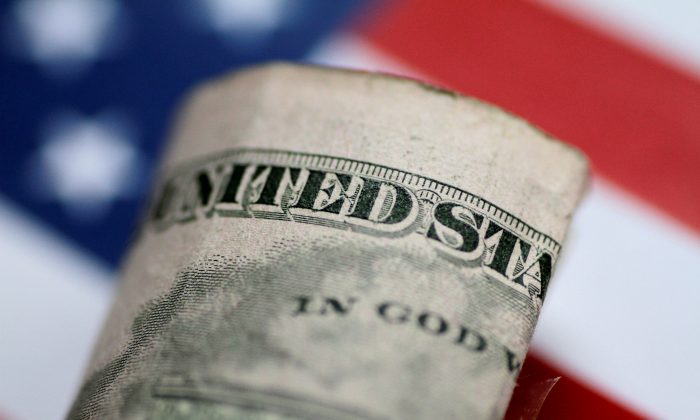 WASHINGTON—For a solid decade after the collapse of Lehman Brothers touched off a global financial crisis, there was good reason to think the U.S. economy remained broken, from skepticism about the health of the labor market to tepid economic growth and the moribund rate of interest paid on U.S. Treasury bonds.

In a heartbeat, that seemed to recently, adding facts on the ground to Federal Reserve Chairman Jerome Powell’s glowing portrait of a historically rosy and extended period of super-low unemployment, modest inflation, and steady growth.

It came through Amazon.com Inc.’s move to a $15 minimum wage, possibly setting the bar for companies nationwide. It came through a jump in long-term bond yields that signaled faith the gears of growth will remain engaged for a record-long recovery.

On Oct. 5, it came through the 3.7 percent unemployment rate, a 49-year low, continuing a run of employment growth that many analysts, including at the Fed, have long expected to slow.

The week’s events were not just consistent with the good times scenario both Powell and U.S. President Donald Trump have laid out. They validated it, and in doing so pointed to a U.S. economy that may be starting to work more like it used to.

As an exercise in old-fashioned supply and demand, Amazon’s decision to raise starting wages across the board was perhaps the best example. Fed and other officials have been anticipating for a while, in fact, that the lack of available workers would prompt companies to raise wages.

“When productivity growth is faster, that is your opportunity to share some of your extra output with your workers. That’s what gets wages higher,” said Vincent Reinhart, Chief Economist at investment manager Standish, and former head of the Fed’s monetary affairs division.

Even former skeptics have become open to the idea that a recent rise in productivity may turn into a trend, drawing comparisons with the “Great Moderation” period of growth during the 1990s, which also featured low unemployment and solid wage growth.

The rise in long-term bond rates also may herald a return to more normal conditions, giving cautious investors a reasonable return after years of lackluster outcomes, and easing concerns about a flat or “inverted” yield curve that would herald loss of faith in the future.

There is reason to think it may continue.

To pay for the government tax cuts and the bump in defense spending, the Treasury is flooding the market with bonds at a near-record pace, with gross issuance of bills, notes, and bonds in August topping $1 trillion in a month for only the second time ever, according to federal SIFMA data.

To sell all those bonds, the Treasury may have to pay higher rates. Meanwhile, a major customer, the Fed, whose purchases of $3.5 trillion of assets during and after the crisis helped foster the recovery, has started shrinking its bond portfolio by $50 billion a month.

There are risks surrounding the week’s development, and a few anomalies.

The Fed, for example, is convinced that with its gradual continuing rate increases, inflation will remain controlled—even as unemployment dives for years to come below levels not seen since the 1960s. If inflation does kick in, as it might be expected to do with such a hot labor market and with Trump’s tariffs pushing up the cost of some imports, it would force the Fed to speed up rate hikes and possibly end the party.

Surging bond rates could also throw cold water on Powell’s positive thinking, and call the Fed’s whole strategy of gradual rate increases into question. High Treasury rates mean higher rates for mortgage lending, auto loans, and a host of other forms of credit that could slow the real economy more than the Fed would like.

“The tariffs, quotas, and trade threats are like shooting the starter’s pistol to say: let’s think about renegotiating” wages and salaries, said Reinhart. “It is possible that the limited influence of resource slack on wages and prices was because we were just stuck, (but) that could change.”

But as she noted, for a decade now the concern has been about persistent weakness—that the economy was stuck in a state of what prominent economists deemed “secular stagnation.”

The return of volatility, of reasonable returns for savers, of wage pressure benefiting workers, may all pose risks.

But they are the risks of a more normal world.

“The economy is performing extraordinarily well, at least relative to recent history,” said Joseph LaVorgna, chief Americas economics at Natixis. “It’s not the boom of the late ’90s, but it’s doing pretty well.”