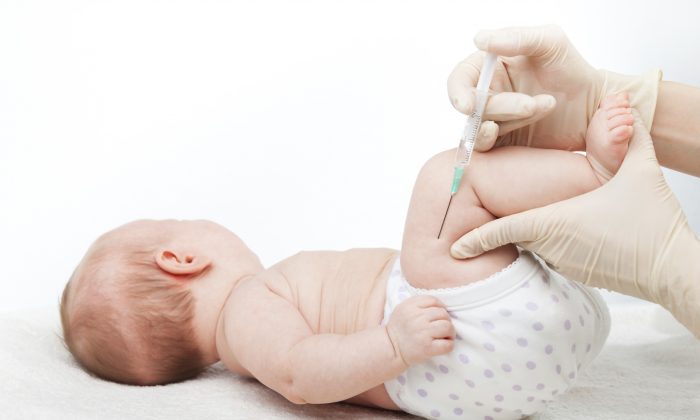 Vaccination is an emotionally charged subject. Even bringing up the question of what side effects common vaccines may have starts some people frothing at the mouth and angrily talking about irresponsible anti-vacciners endangering other people’s health.

Is it wrong to ask questions about what I’m putting into my baby?

I am due to give birth in less than a month and I will probably submit my baby to the usual round of vaccines. But I feel uneasy about it. I’m not sure. I’m confused.

I feel pressured to vaccinate, but I don’t know what’s really best. I’ve been putting away little tidbits of research for months.

As a science writer, I know how much confusion can surround scientific subjects covered in the media.

As a science writer, I know how much confusion can surround scientific subjects covered in the media. I’ve read reports in my local newspapers that are clearly biased toward vaccination. They appeal to experts I know to be biased, they ignore any points to the contrary, they make sweeping and unfounded statements, and they use biased language that has no place in good journalism.

On the other hand, the anti-vaccine literature often comes across as even more emotional and biased.

Many of the tidbits I’ve put away are derived from U.S. government reports or other sources that seem reputable. I submit this research to readers for consideration.

I tend to distrust vaccines, in part because I see the financial interest pharmaceutical companies have bound up in vaccines as an incentive for some very wealthy and powerful forces to put their clout behind the pro-vaccine stance.

I hope the conversation about dangers on both sides—from lack of vaccination or from side effects of vaccination—can become calmer and more rational.

But, I also understand the need for vaccination in some cases. I understand the fear of spreading disease to the most fragile members of our society—children, the elderly, and the ill. I don’t want to hurt other people (either physically because of the spread of disease or emotionally because people feel I’m putting them at risk) by not having my child vaccinated. I simply hope the conversation about dangers on both sides—from lack of vaccination or from side effects of vaccination—can become calmer and more rational.

A U.S. Department of Justice (DOJ) report is issued quarterly outlining court cases involving vaccines. I first came across this in June, and the report at that time detailed 103 vaccine-related settlements spanning from February to June. Health Impact News summarized the settlements: “Four of those settlements were for deaths linked to vaccines, with three deaths related to the flu shot, and one death for the Hepatitis B shot, typically given to newborns. Seventy-four of the 103 settlements were for injuries and deaths due to the flu shot, and the majority of flu shot injuries were for Guillain-Barré Syndrome.”

The majority of flu shot injuries were for Guillain-Barré Syndrome.
— Health Impact News

The Centers for Disease Control (CDC) gives the following definition: “Guillain-Barré syndrome (GBS) is a rare disorder in which a person’s own immune system damages their nerve cells, causing muscle weakness and sometimes paralysis. GBS can cause symptoms that last for a few weeks. Most people recover fully from GBS, but some people have permanent nerve damage. In very rare cases, people have died of GBS, usually from difficulty breathing.”

Health Impact News reported that the risk of GBS due to the flu shot is often misrepresented as affecting only a few in every million vaccinated individuals. “With about 130 million flu shots administered each year, that would be 130 to 260 cases a year. But … in these DOJ reports alone, we can see over 150 cases awarded compensation for Guillain-Barré Syndrome injuries (including deaths) due to the flu shot [in the first quarter of the year].”

GlaxoSmithKline on the Hook in Autism Case

Last year, a court in Milan, Italy, ruled that vaccination caused autism in an infant.

On Sept. 23, 2014, Judge Nicola DiLeo ruled that a vaccine against six childhood diseases made by GlaxoSmithKline and administered in the first year of life caused the boy’s permanent autism and brain damage.

This was due to a mercury-containing preservative, aluminum, and other toxic ingredients included in the vaccine, Infanrix Hexa, at that time (in 2006), reported think tank Global Research. The boy was likely more susceptible to the effects due to a genetic mutation. DiLeo reviewed as evidence an internal GlaxoSmithKline report, now published online, that documented five cases of autism resulting from the vaccine during clinical trials.

She wrote earlier this year in an article posted on her website: “In March, the federal government removed the latest vaccine injury court statistics—more than a year’s worth of data—from one of its publicly reported charts. It was an abrupt departure from the normal practice of updating the figures monthly.

“Wiping the latest data means the ‘adjudication’ chart on a government website no longer reflects the recent, sharp rise in court victories for plaintiffs who claimed their children were seriously injured or killed by one or more vaccines.

“Since January of 2014, twice as many victims have won court decisions than the previous eight years combined. In these court decisions, a judge ruled the evidence showed vaccines ‘more likely than not’ caused the plaintiff’s injuries. Also on the rise is the number of vaccine injury cases the government has ‘conceded’: up 55 percent in a little over one year.”

U.S. Rep. Bill Posey (R-Fla.) raised concerns about a CDC whistleblower report on the House floor on July 29 (You can watch his talk by skipping forward to 1 hour, 2 minutes, and 25 seconds in the C-Span video linked here).

Posey said Dr. William Thompson, a senior scientist at CDC, provided Posey’s office with documents related to a 2004 CDC study he co-authored examining the relationship between autism and vaccines for mumps, measles, and rubella.

In a statement released August last year, Thompson said, “I believe we intentionally withheld controversial findings from the final draft of the [Journal of] Pediatrics paper.”

I believe we intentionally withheld controversial findings from the final draft of the [Journal of] Pediatrics paper.
— Dr. William Thompson, Centers for Disease Control

“We decided to exclude reporting any race effects, [and] the co-authors scheduled a meeting to destroy documents related to the study,” he said. Thompson, however, kept copies of the destroyed documents.

Posey said he is pro-vaccine, but “It’s troubling to me that in a recent Senate hearing on childhood vaccination, it was never mentioned that our government has paid out over $3 billion through a vaccine injury compensation program for children who have been injured by vaccinations.

Our government has paid out over $3 billion through a vaccine injury compensation program.
— Bill Posey, U.S. representative

“Regardless of the subject matter, parents making decisions about their children’s health deserve to have the best information available to them,” said Posey.

These are just a few of the leads I’ve followed up on from posts in my Facebook feed and a quick Web search or two on the dangers of vaccines. It doesn’t represent an in-depth study on the subject, but it’s enough to make me wonder about the true risk of vaccines.

I don’t advocate an overarching boycott of vaccines. The risks may be greater in that direction than in the vaccination direction. But I do advocate an open, transparent investigation into the risks, and a balanced discussion of those risks in the media.

Tara MacIsaac is a staff reporter and editor for the Epoch Times Beyond Science section. She has also covered local New York news for Epoch Times, including health care issues.