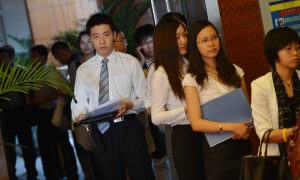 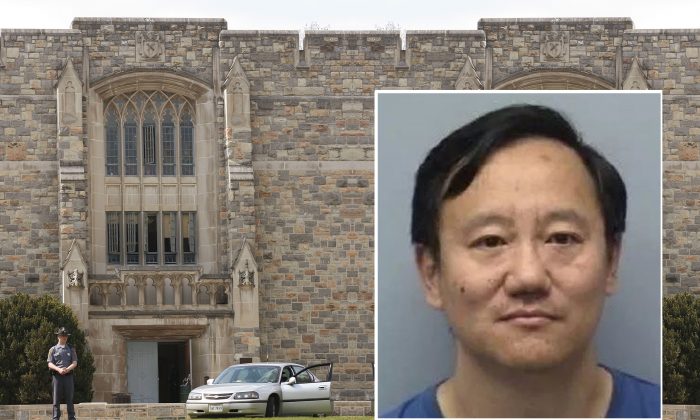 Details have emerged about an unusual scheme crafted by a former biological engineering professor at Virginia Tech University to cheat the U.S. government out of research grants in pursuit of his innovations.

In recently prosecuted cases of academic espionage or intellectual property theft conducted by Chinese scientists and engineers on U.S. soil, the alleged suspect would steal trade secrets from an American entity to bring back to China.

But in the case of Yiheng Percival Zhang, a naturalized U.S. citizen from China who was convicted in a Virginia federal court, he sought to profit from grant money for research he’d already developed at a Chinese research lab, in order to benefit his U.S.-based company.

Zhang was found guilty on one count of conspiracy to defraud the U.S. government, three counts of making false statements, and one count of obstruction, the U.S. Department of Justice announced in a press release on Feb. 25. He misused $1.1 million in grant funding, according to the ruling.

The judge hasn’t yet set a sentencing date for Zhang.

Zhang, 47, received his master’s degree in biological engineering from East China University of Science and Technology, based in Shanghai.

In 1997, Zhang began studying for his doctorate at Dartmouth College, an Ivy League research university in Hanover, New Hampshire. He later worked there as a postdoctoral researcher in biological engineering.

Zhang joined Virginia Tech in 2005 as an assistant professor. He was promoted to associate professor in 2010, and professor in 2014, until his arrest on Sept. 20, 2017, days before he was scheduled to fly to China.

The court determined that when Zhang applied for grant funding from the U.S. Energy Department and the National Science Foundation for his company Cell-Free Bioinnovations (CFB) to develop a low-cost artificial sweetener between January 2014 to May 2016, he had, in fact, already finished the research at a Chinese research lab, called the Tianjin Institute of Industrial Biotechnology (TIIB), in 2015.

While the federal grants were intended to spur private-sector innovation, Zhang used the U.S. government funds for his other projects instead.

Zhang had begun doing consulting work for TIIB in 2014, according to court documents.

In spring 2017, he was selected as a candidate for the Tianjin City “Thousand Talents Plan,” a local version of a central government-funded recruitment program designed to bring top scientists and engineers working in the West—mostly ethnic Chinese—to take up lucrative jobs in China. Zhang thus received $30,000 per year from TIIB to conduct his research on artificial sweeteners.

The Thousand Talents program has been criticized by the U.S. administration as Beijing’s scheme to encourage overseas Chinese to transfer technologies to China.

The court didn’t discuss the possibility of Zhang transferring technology he developed in the United States to China; instead, the court documents simply paint a picture that Zhang wanted to get his hands on grant money.

But according to court documents, he had planned to move back to China and work for TIIB full-time in October 2017—right before he was arrested.

Zhang founded CFB in 2012 in Blacksburg, Virginia. The company focuses on developing “energy-dense sugar batteries, low-cost bio-hydrogen, and nutraceuticals from carbohydrates using proprietary networks of enzymes,” according to F6S, a website for startups.

A falling-out between Zhang and his company’s former CEO, Ed Rogers, has led to a civil lawsuit: Rogers is suing Zhang for breach of contract, alleging that the latter stole CFB’s trade secrets to transfer them to China.

Judge Norman Moon, who is presiding over the civil case, explained the technology in a court filing on June 8, 2018: “Sugar tastes good. But it’s unhealthy. So, companies and scientists explore how to efficiently change its structure. The idea is to make a sugar variant that tastes great but is less unhealthy … Specifically, they tried to develop a new enzymatic process that would change sugar into a healthier alternative called tagatose.”

Rogers told NPR in a June 2018 interview that the developed sweetener is owned by CFB, but Zhang had planned to sell the technology to TIIB.

“The number was between $5 million and $20 million to sell 60 percent of the technology,” Rogers claimed. “And I was like, OK, now we’ve got a real problem here.”

Rogers alleged that he was fired by Zhang in December 2015 because he tried to stop the technology transfer to China.