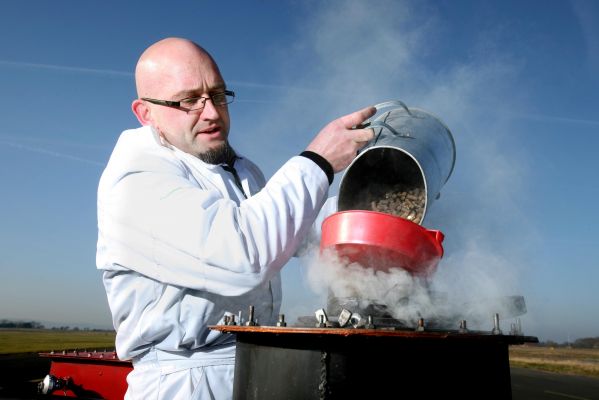 A Car That Runs on Coffee, Like You (+Video)

The coffee car uses coffee-bean chaff, which is a by-product of the roasting process, as its fuel source. The chaff is broken down into carbon monoxide and hydrogen, and the hydrogen is used to power the engine.

Martin Bacon converted a Ford pickup truck into the fastest coffee-run machine in the world, earning it a Guinness World Record in February with a top speed of 65 mph in Manchester, England.

The feat is meant not only to promote green energy, but also to raise awareness about the benefits of fair-trade coffee. The Co-operative Mean Bean Machine, as the vehicle was dubbed, traveled about 1,000 miles to Co-operative stores across the UK on a promotional tour after its world record drive.

Electric Car Shopping Guide: What to Consider Before Buying an Electric Car